Whales and Dolphins of Raja Ampat 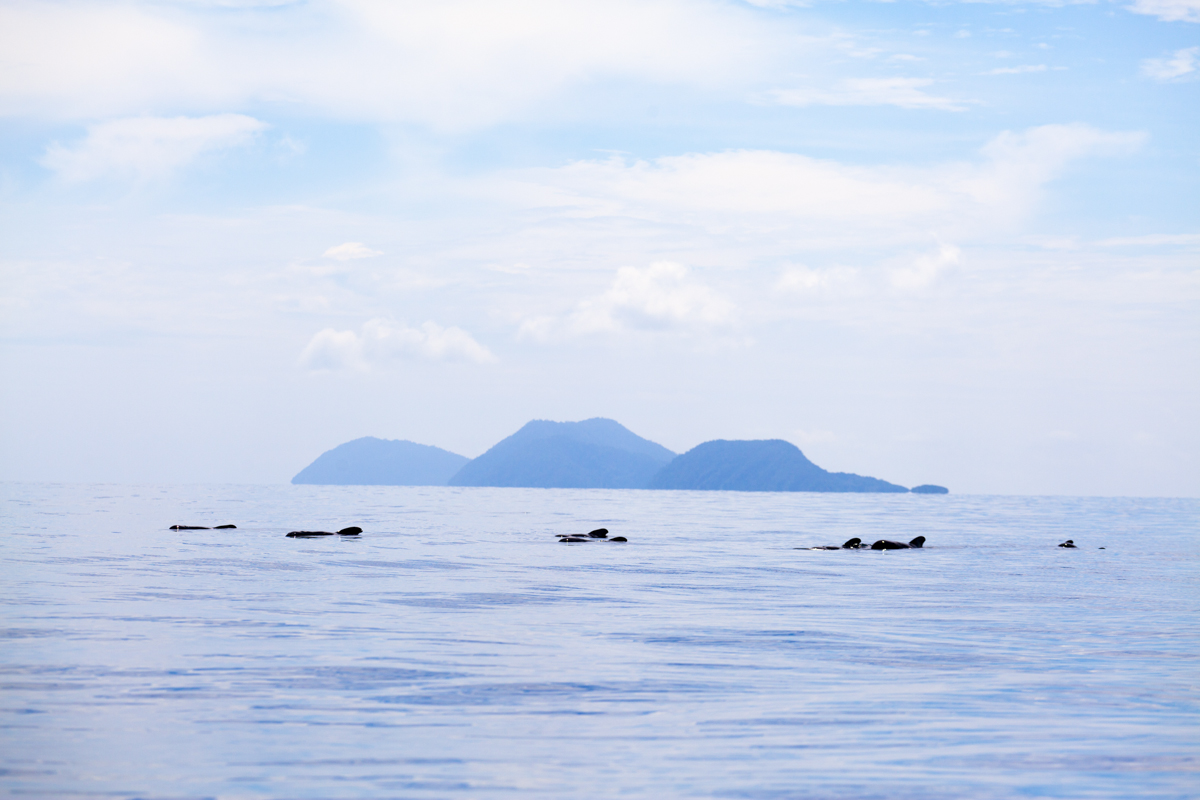 Whales and Dolphins of Raja Ampat

Raja Ampat is the centre of our planet's blue heart. One thousand eight hundred reef-fringed islands lie in the path of the Pacific Ocean Throughflow current. The density of life here is like nothing you've seen before.

There are many who would travel to a place like this and barely break the surface of what there is to understand and learn.

There are many more who miss the regency's largest residents.

Whales and dolphins are, to Raja Ampat, like grazing wildebeest are to the African plains. But it takes a keen eye to spot the tell-tale signals of a dorsal fin breaking the surface a mile away or to differentiate the surface scatter of a group of Fraser's Dolphins from the chop created by hungry Tuna. 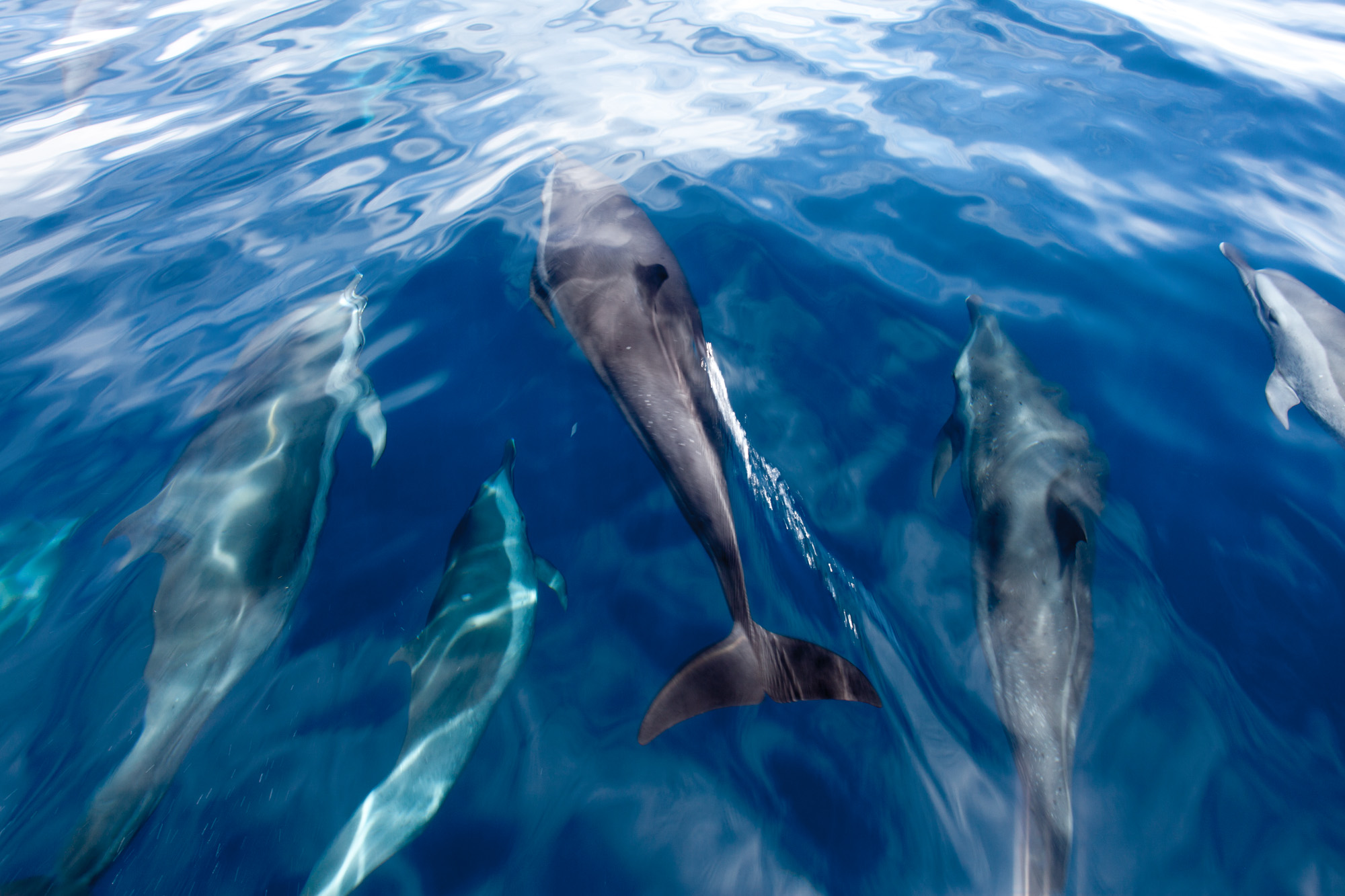 There is only one trip to Raja Ampat that captures all of this and more ... where snorkelling or diving combines with seeing vast groups of whales and dolphins, even Birds of Paradise and Manta Rays.

It's become a pilgrimage annually for Tim Harvey (Sea Turtle Foundation co-founder) and Simon Mustoe (Wildiaries founder) to explore this region, often in the company of Pindito owner Edi Frommenwiler, who's spent the last 25 years here.

“When I started in 1992, I saw dolphins in the area but had no idea there were big whales around in Indonesian waters”, says Edi. “When I encountered the first whales, for me, it was a real ‘wow’ experience … in 1992. A very exciting experience”. 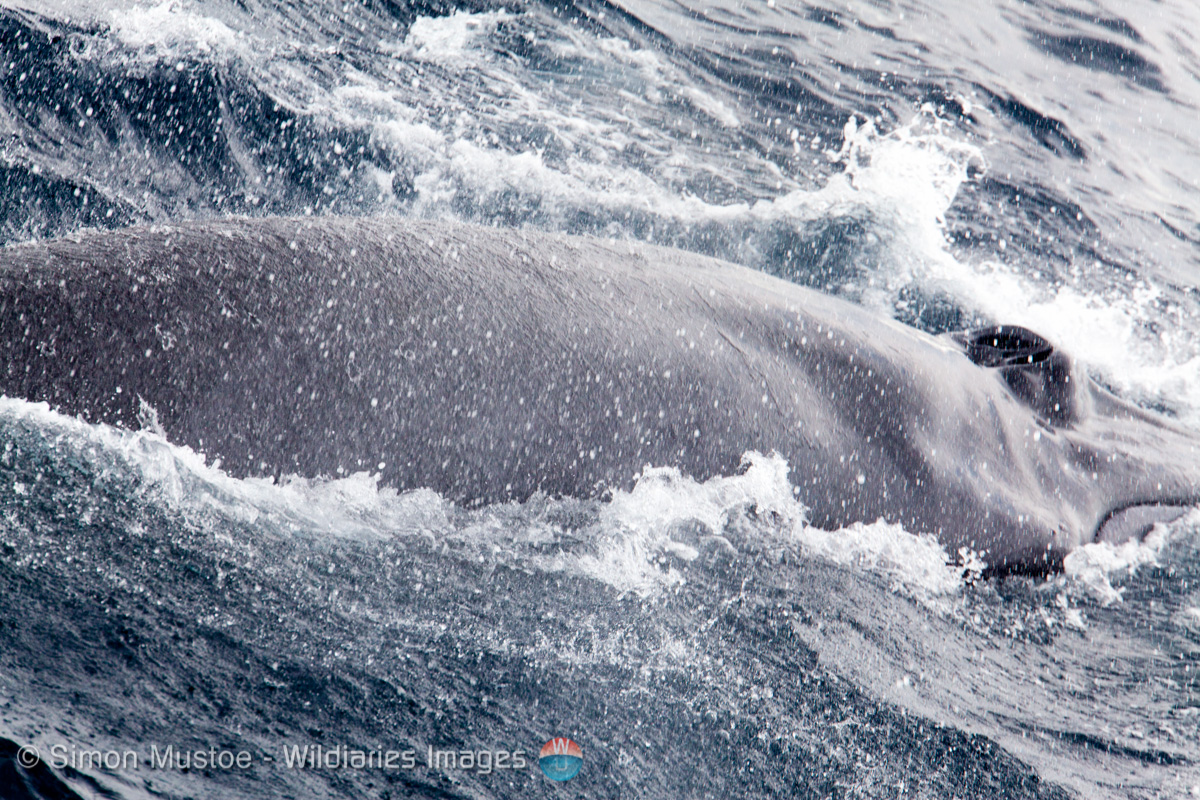 A Bryde's Whale lunges past breathing from its double-blow-hole. This animal was flanked by a pod of Dwarf Spinner Dolphins.

Today we know at least SEVENTEEN species of marine mammal (including Dugong) use Raja Ampat as their home, many of whom you may not have heard of. 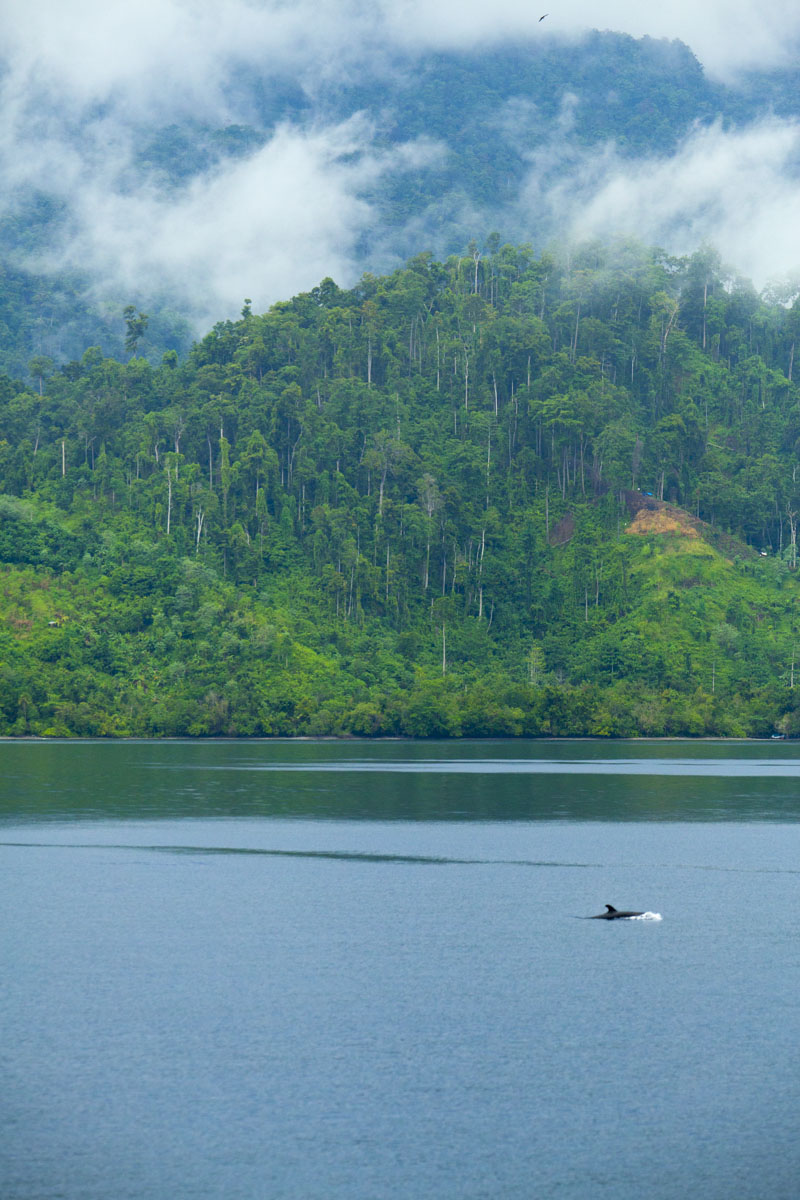 A False Killer Whale swims in the narrow Sagawan Strait between the islands of Salawati and Batanta. This pod of about 200 animals was found again later using directional hydrophones.

These latter species are highly vocal and their whistles, chirps and chattering can be heard a long way away. Often we get the chance to drift nearby and listen to these highly social animals. Hearing this is one of the highlights for any visitor and we can even use a directional hydrophone (a type of underwater microphone) to find them when they are distant and invisible to the naked eye. 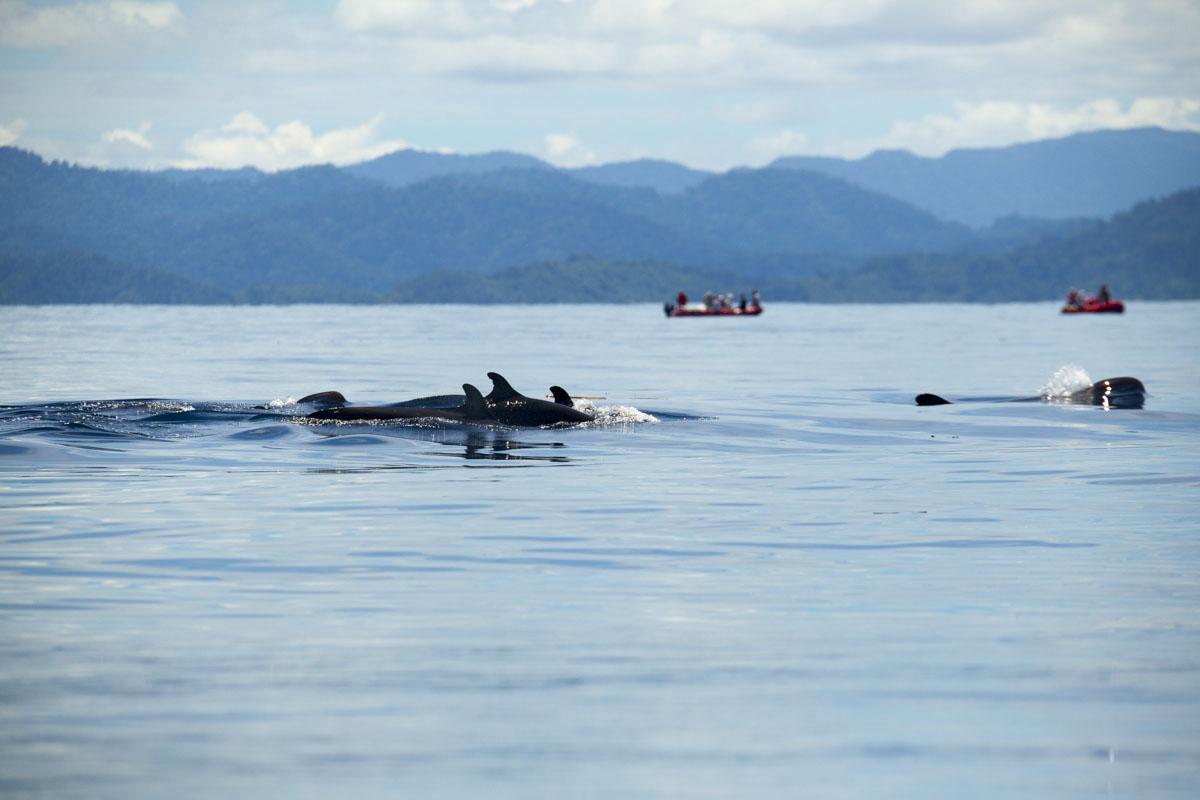 Then there are the dolphins: Risso's, Spinner (two types); Bottlenose (two types); Pan-tropical spotted, Fraser's and Rough-toothed. All are unique in their behaviour, choice of habitat and sometimes they occur in huge mixed pods or alongside some of the bigger whales. 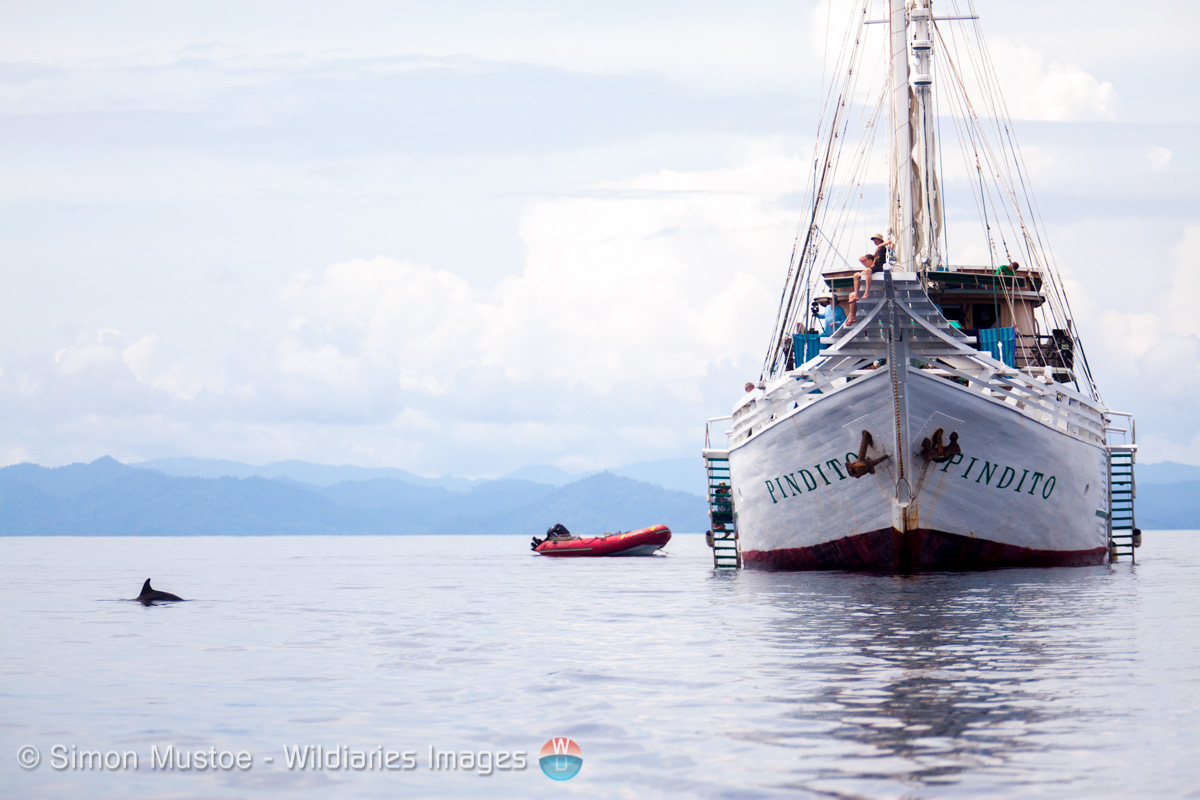 A rare Pygmy Killer Whale, one of a pod of several, surfaces next to Pindito while guests look on from above.

One thing's for sure, if you visit Raja Ampat and don't see whales and dolphins, you will have missed out on a dimension to this place as big and vast as its incredibly evolutionary history. It is called the Galapagos of Indonesia for good reason and when you roll in everything else there is to see, you'll understand why this is truly our planet's blue heart. 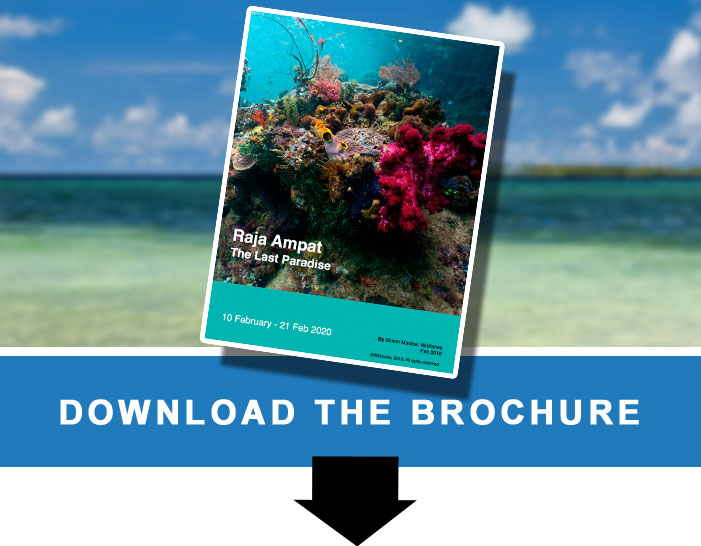