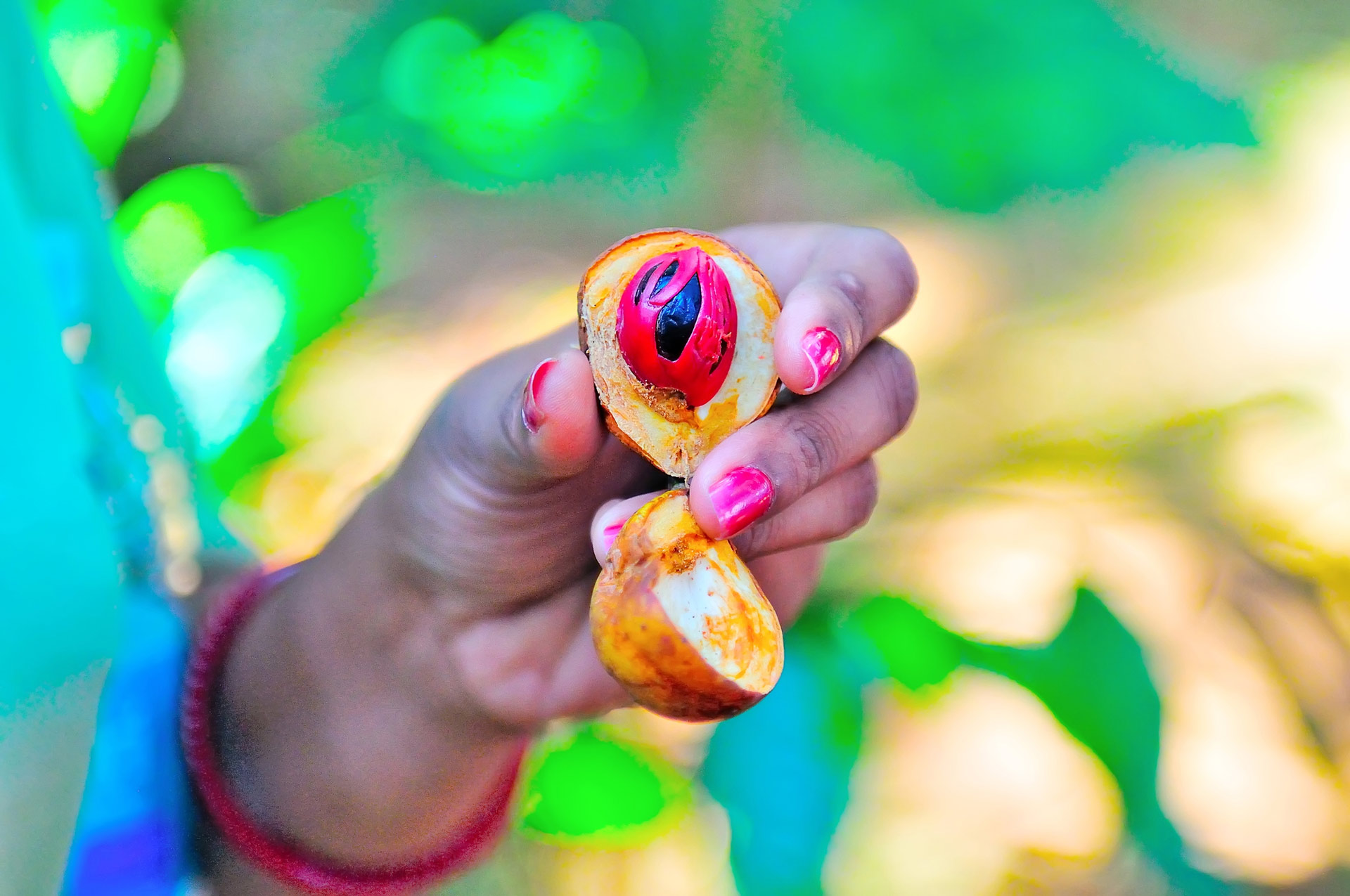 Three hundred and fifty years ago last July, the Dutch traded New Amsterdam to the British (which was to become Manhattan) for two small islands, bringing to end the second Anglo-Dutch war (1665-1667) and securing a monopoly over the global trade of nutmeg.

These islands were Ai and Rhun, the latter bring the smallest and western-most of 10 Banda Islands but still of great economic importance at the time.

The spice trade monopolies brought by the Europeans were based almost entirely on nutmeg which was worth more by weight than gold - attracting a 60,000% markup in European markets.

Dutch colonists subsequently went to fierce lengths to preserve their investment and it wasn’t until the early about 1817s that nutmeg trees were successfully smuggled offshore to Central Asia and the Caribbean - leading to the industry’s rapid decline - the remnants of the Dutch fortresses and buildings can still be seen today.

For thousands of years, long before European colonisation, spices had been traded along the silk road. Cloves, another endemic, have been found in Syrian settlements from around 1,700 BC, more than 10,000 km from their origin.

These days, the islands are known by discerning travellers as one of the most beautiful places on Earth, a mega-diversity location. Lying just offshore is one of the world’s deepest areas of ocean, dropping to over 7,000m and rising abruptly along it’s eastern crescent-shaped rim.

It’s one of the world’s richest fisheries and here’s why.

During the southeast monsoon from about July-September, winds blow westward. Because it’s shaped like a half-basin, this creates enormous upwelling and surface temperatures plummet from a high of about 29.5ºC to as low as 26ºC during La Niña.

Lower surface temperatures always means greater value for wildlife, because it re-suspends material and nutrients rained down over millennia. The surface food chains flourish with life.

The feature is so significant, it attracts the largest mammal that ever lived on Earth, the mighty Blue Whale. Like all animals, Blue Whale populations are limited to the carrying capacity of their environment and will be attracted to the very highest food concentrations. Animals that gather here are migrants from the southern Indian Ocean, off Perth (Western Australia) and by the time the ‘doldrums’ kicks in and winds become benign, from October to late November, there are still plenty about.

Other cetaceans, shoals of Hammerhead Sharks and Manta Rays gather around these islands, while the coastal reefs are bountiful.

“Banda is a lovely little spot, its three islands enclosing a secure harbour from whence no outlet is visible, and with water so transparent, that living corals and even the minutest objects are plainly seen on the volcanic sand at a depth of seven or eight fathoms. The ever smoking volcano rears its bare cone on one side, while the two larger islands are clothed with vegetation to the summit of the hills.” Alfred Russel Wallace, The Malay Archipelago

The summit of Banda Api (Api means ‘fire’ in Indonesian) is at the centre of the group.

In 1988 an eruption caused lava to flow into the sea here but the coral garden regrew quickly - in fact, it recovered faster than most coral recovery, to the fascination of scientists.

Volcanoes, global trade, megafauna and incredible scenery is what characterises the Banda region but despite its magnificence, these are forgotten islands. Forgotten by Holland as the basis for their golden age of development and the islands of Rhun and Ai, forgotten by the residents of New York, as an integral part of their history.