Facing Challenges Through a Love of Nature 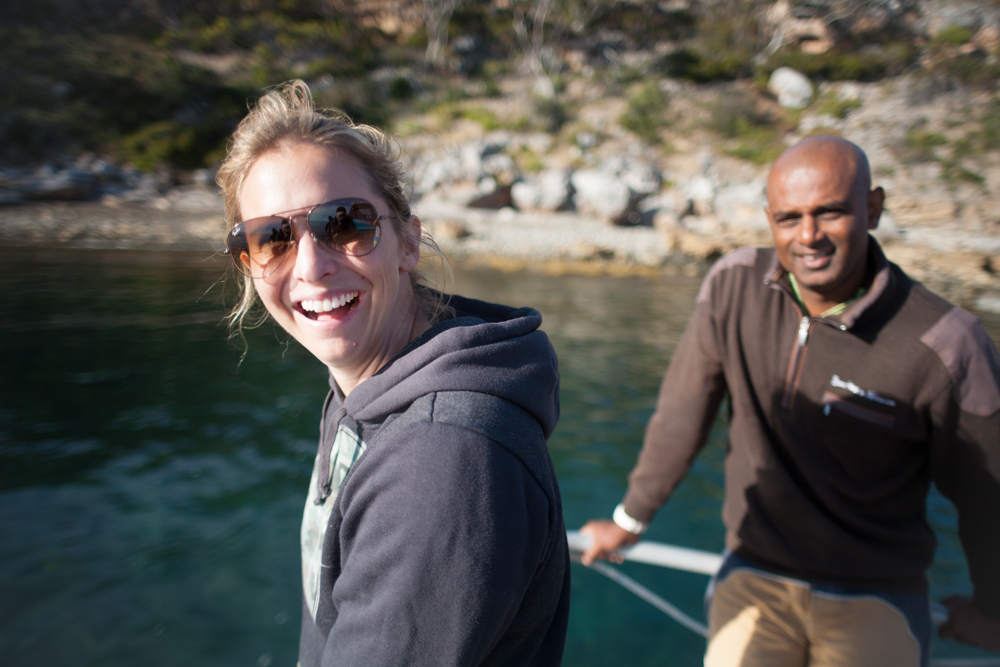 Facing Challenges Through a Love of Nature

From an early age, Olympic Swimmer Libby Trickett trained for 35 hours a week, 52 weeks a year. In 2008, she became the fastest woman on Earth over 100m.

Libby met Michael Jeh when she was 19 and thanks him for her success outside sport. "I never had any confidence at that age, and thought I'd be lucky to make it through my degree," she says.

Michael, a Sri Lankan-born refugee and former professional cricketer, is an Australian sports life skills trainer. "In our sports people we create an image of the perfect human, it makes them narcissistic," he says.

Swimming culture is particularly adept at creating narcissists, he says, because it's so all-consuming. "It's the elephant in the room - sport creates a one-dimensional human being. Athletes might still be measured 15 years later by what they once achieved in public."

Fortunately Libby has been able to separate sport from her own time and, as a result, become great friends with Michael. In recent weeks, Libby has faced new challenges. "I had surgery last year and had to retire from swimming ... the world championships were on in Barcelona and I thought I'd be there."

For Michael, change is nothing new. He teaches sports stars and up-and-coming athletes how to embrace change, often using experiences in nature as powerful lessons.

He loves the ocean. "In sport you're taught to control everything but in the ocean, you have to yield to its power," he says. "Being thrown under a wave, bundled up in a ball and dumped on a beach, Michael says "is a euphemism for my childhood. The ultimate change was fleeing a war-torn country, yielding to this pressure and having to adapt to survive."

"Controlled risk taking - satisfies a human urge to take risks and hopefully prevents you taking risks in another dumb way," he says.

Whether being charged by a lion (in Michael's case) or stepping up to the starting blocks in the 2008 Olympics, Libby and Michael are used to being highly-trained and well prepared.

Like a many Australians, they live near the coast and use the ocean as a constant source of escape.

Swimming in the ocean is liberating, it creates a sense of power. Libby says: "A swimming pool is a controlled environment, exactly 28 degrees, 8 lanes and black lines on the bottom to navigate by. In the ocean, it's open, your focus isn't on yourself any more. It's a risk we take nevertheless."

Here are two people whose lives have challenged them in ways most of us can never imagine, yet here they are again, facing a new reality and the experience is still life-affirming.

For Michael, time spent in natural environments and the way we react when we challenge ourselves in new ways, leads to a better life.  "Whether it's school kids facing the challenges of drugs and alcohol or sports people stepping back into everyday life, we all face challenges. It's the point in our lives when we're the weakest, when we face transitions in our life, when we need a new perspective," he says.

For Michael and Libby, being in nature and experiencing wild animals is a fundamental part of that process.