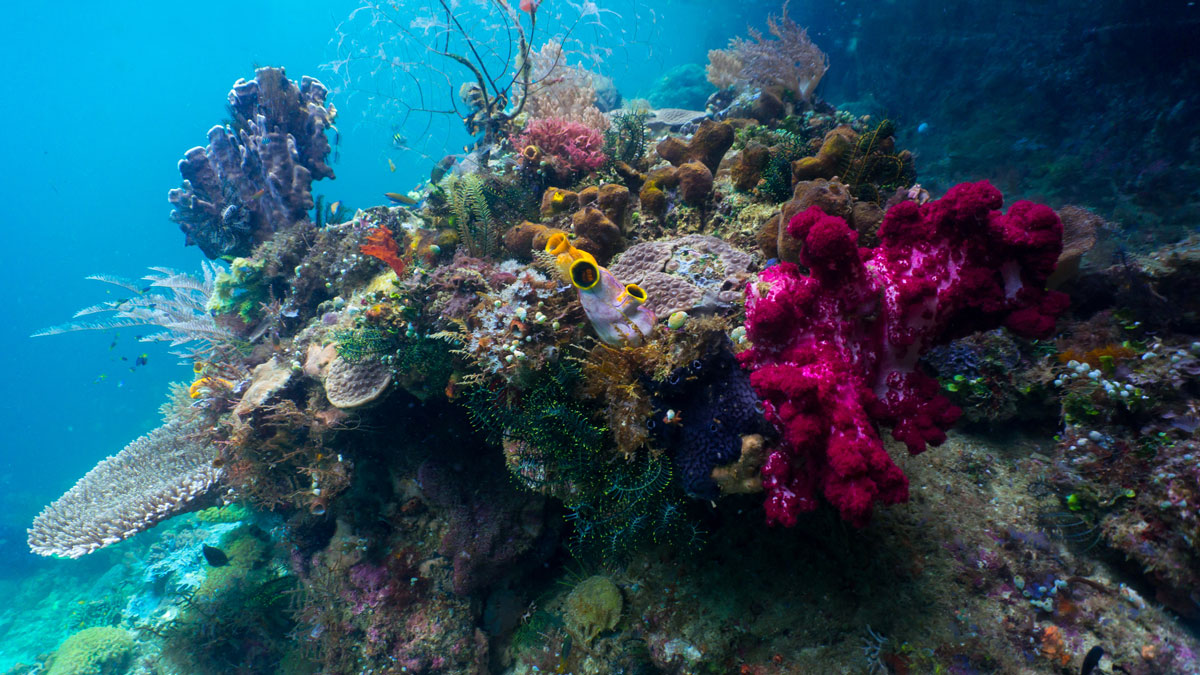 Nothing will prepare you for the experience of Raja Ampat. Because of its rich seas and unique wildlife, it’s been called the ‘Galapagos’ of Asia. Alfred Russel Wallace’s visited here as he amassed his own parallel theories of evolution that fed into Darwin’s. It deserves the reputation. It is one of the most amazing places on Earth.

Raja Ampat is situated on the far north-west tip of West Papua, a region that's split into Indonesia (West Papua) and the eastern portion, Papua New Guinea. Raja Ampat or 'four kings' comprises the main islands of Waigeo, Batanta, Misool and Salawati. A total of about 1,800 islands occur in this region.

It remains one of the world’s least known tourism destinations (though that is changing fast) and there aren’t many of these left on our planet. Being at the epicentre of the Coral Triangle, three-quarters of the world’s hard corals originate here.

Rugged limestone islands emerge from the ocean, surrounded by coral reef, where animals normally seen much deeper, congregate near the surface. Mantid Shrimps, with their impossibly brutal bullet-like punch, wander in metre-deep water. Ornate Lionfish wait for schools of anchovy to pass within striking distance and Gorgonian fans cling to rocks near the surface, filtering passing plankton thrown up from vertical walls of coral and colourful sponges. 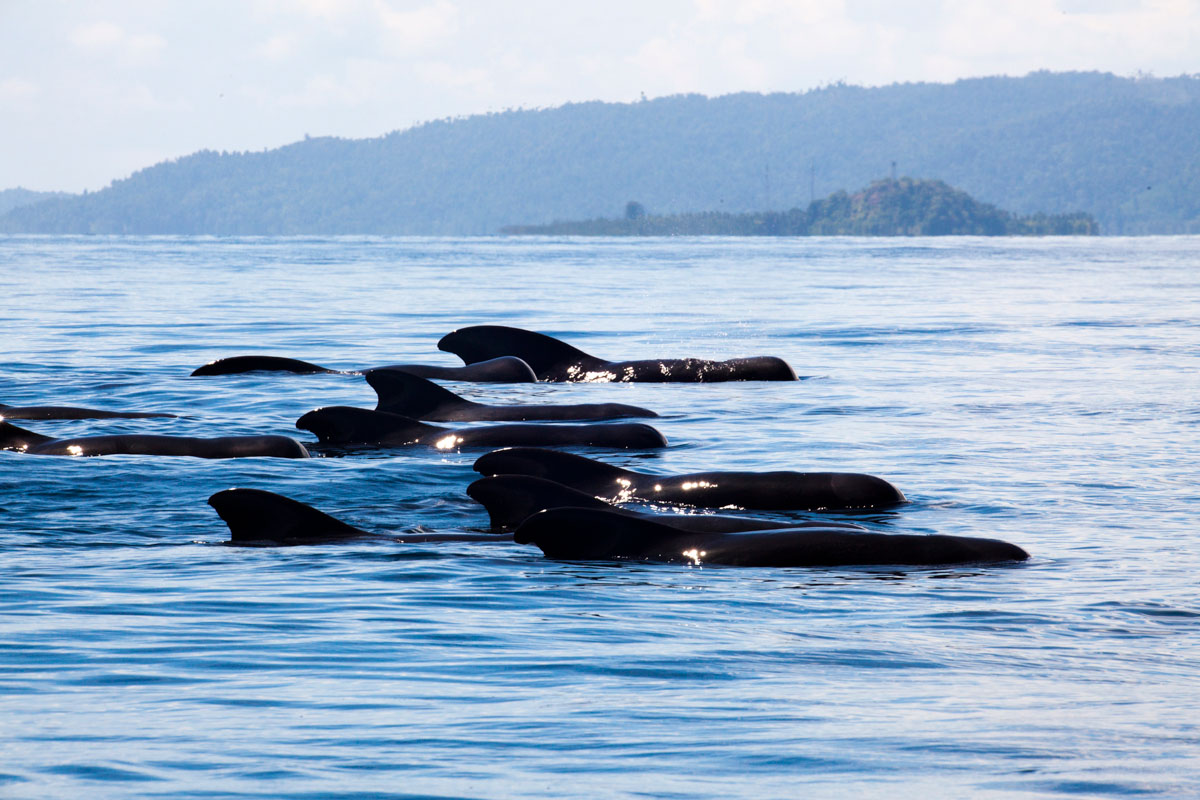 Nearby, the Pacific Ocean spills into a deep ocean canyon a few miles wide, situated between the walls of two of the largest islands, Batanta and Waigeo. Here Sperm Whales live, the largest toothed predator on Earth, ever. Schools of thousands of dolphins, of several species, share space with Short-finned Pilot Whales. Pods of Dwarf Spinner Dolphins bow-ride Bryde’s Whales (a large tropical baleen whale) and Manta Rays congregate to mate and feed.

On the surrounding mountain tops, Red Birds of Paradise, found only here, dance among the branches of rainforest trees, presenting wildly quilled tails and feathery adornments to attract mates. Flocks of Blyth’s Hornbills, in their hundreds, gather to roost at night on deserted islands and Eclectus Parrots, Palm Cockatoos and Pinon Imperial Pigeons seek out fruiting figs in the canopy. 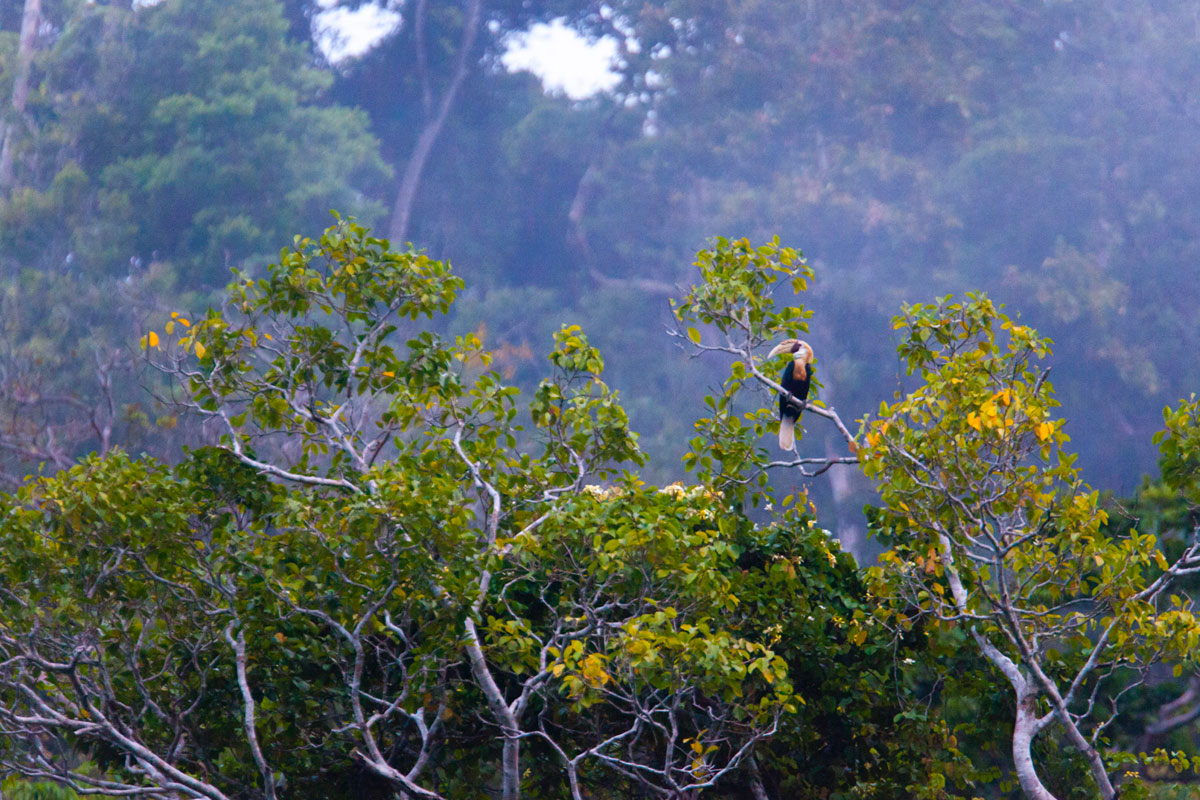 A Blyth's or Papuan Hornbill at roost

The Pindito was the first vessel of its kind to take tourists into Raja Ampat. Built and crewed jointly by a team of Indonesians and its Swiss owner, many of the crew have been working on board for over 10 years. It is a very homely and naturally, everything runs like clockwork! Almost all the boats you see are dark-stained wooden ships. Piratical in nature, they cut an ominous shape looming on the horizon at sunset. The oldly-world feel about these islands is something to be treasured.

Raja Ampat is a truly exceptional destination and somewhere that leaves an unusually vibrant impression on anyone who goes there.