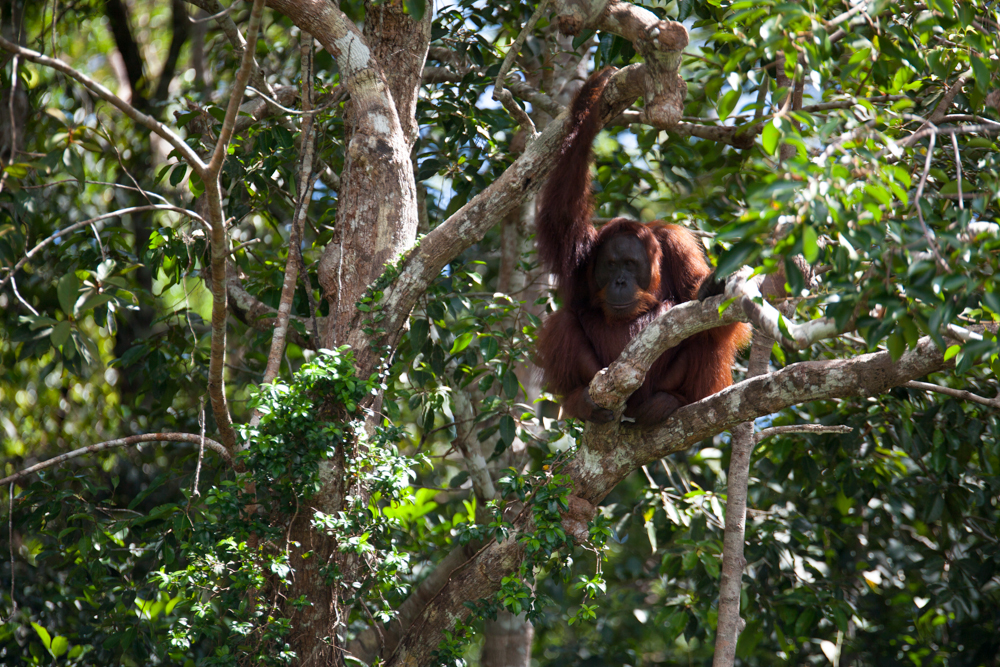 The largest island in Indonesia actually belongs to three countries. The majority of the south (Kalimantan) is Indonesia. The north is split into Malaysian Borneo and Brunei.

A visit to Camp Leakey is as notable as trip to see wild Gorillas - but about a fifth of the cost.

Orangutans are impressive. They are our closest cousin by evolution. The Camp pioneered the very first studies on great apes in the world. A trip to see Orangutans in Borneo means a mind-blowing river cruise through black waters, surrounded by lowland forest with Great Hornbills and Proboscis Monkeys.

Perhaps one of the strangest looking of the world’s monkeys, Proboscis co-exist with Orangutans and occur sometimes in massive troops along riversides. They are noisy and active, running between trees and leaping across huge expanses between. They will also jump into rivers to swim across, despite the risk of crocodile attack (which they are evidently very wary about). An extraordinary animal to see in the wild.

If you’ve dreamed of an Amazon cruise, do this first!

The gateway is the sleepy city of Pangkalan Bun which is reached by air from either Jakarta or Surabaya, so it is quite convenient to tack an Orangutan experience on the end of almost any other itinerary. Our guides pick you up and transfer you to your hotel and you can usually enjoy the sites of the nearby river before joining your boat into the rainforest the following morning.