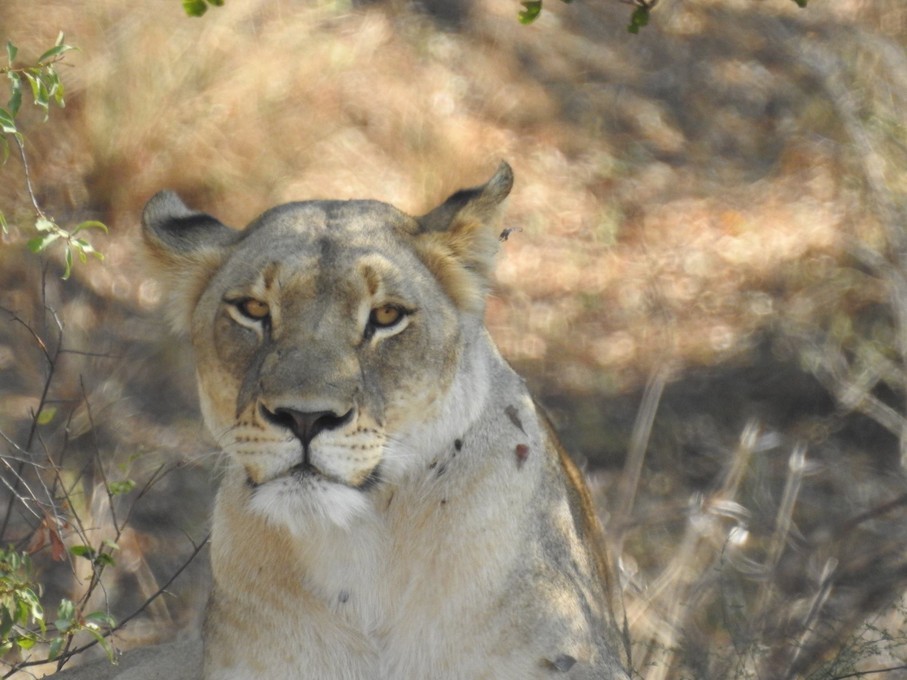 Did you grow up like me? Watching Sir David Attenborough, wanting to see African animals up close and personal, and to narrate their lives in a clear, authoritative and enthusiastic way? Oh, and to wear a dapper safari outfit?

Well this year, my girlfriend and I got that opportunity and, barring the narration, we got everything we dreamed of and so much more.

As we were on final approach to Hoedspruit Airport, exhausted from all our travel, I was looking through the window of the plane at a waterhole about three hundred metres from the plane. What struck me (about half a second before my girlfriend's elbow did) was that there were two giraffes drinking from that waterhole. Suddenly all our tiredness disappeared as we realised "Oh wow, this is for real. That's Africa, those are giraffes, and we're really here."

From the airport with the safari guides and open-top vehicles, over rough roads, through townships, and in the shade of the Drakensburg Range, we saw warthogs, more giraffes, zebra, sable antelope and more before we even entered the Makutsi Reserve. At our safety briefing in the camp, we looked out over a partially dried up riverbed and were told that the "rock" in the water over there was a hippo. I'm sorry, what? 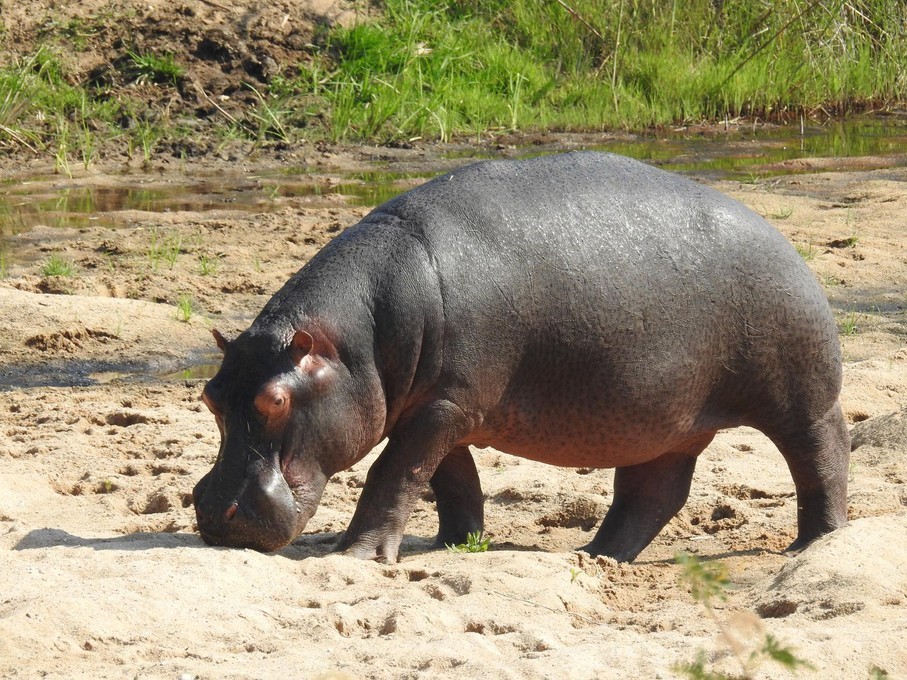 After that, it's a succession of amazing experiences that stick with us. Pre-dawn safaris perched high in the top row of seats at the back of the Land Rover, with the surprisingly chilly breeze going through us. Our first everything. Rhinos grazing in small groups, in complete disregard of the humans. Or two bull elephants pushing down a tree and moving menacingly towards the car, bent on warning us away. Or a baby zebra feeding from its mother. Or the elephants chasing a male lion away from their area. Not to mention the guide driving like a madman through the bush to that sight, after taking a short radio message and warning us "Hang on, I'm going to drive fast for a few minutes, but you won't have seen this before". 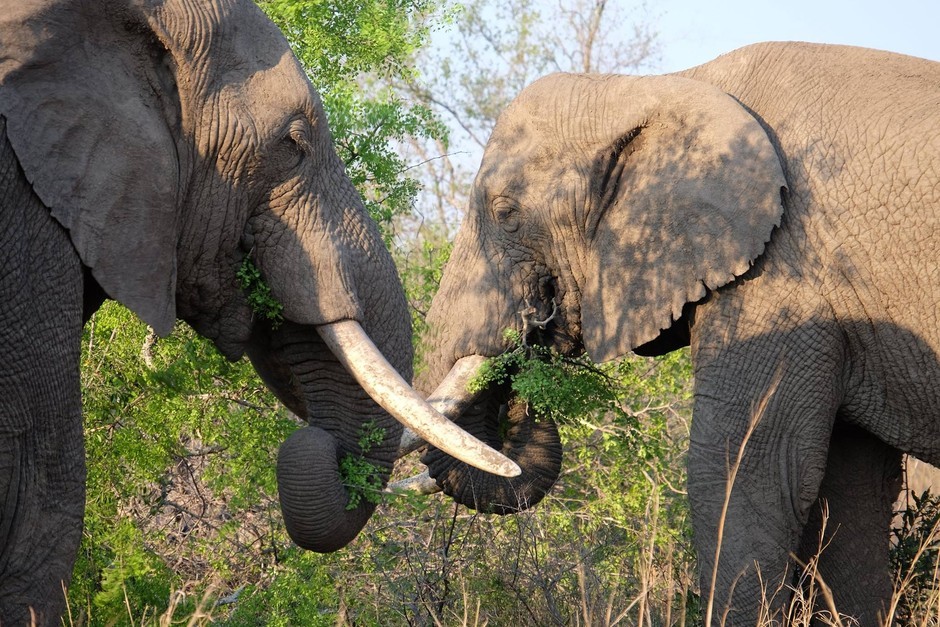 Dinners & experiences with guests from all over the world. Kruger National Park, with hyena, jackal and ostrich, plus our first three lionesses. The absolutely stunning scenery of the Blyde River Canyon, and the Three Rondavels. Seeing a cheetah on a fresh kill. A male lion not five metres from the front of our vehicle at night and, not fifteen minutes later, a leopard hunting a nyala within the same range of us. Speaking with the guests & staff and realising that every one of them had a different and amazing personal highlight. Even the eye-opening tour of Soweto was a truly special chance to see a small part of the history of modern South Africa.

But three experiences in particular stand out and are engraved in our memories.

Moving across to the tented camp for two nights, and then going on several walking safaris. Just five of us, along with one guide, armed with a rifle. Apart from learning everything we could about the bush around us, we were out there to track whatever we could find, and that turned out to be several families of rhinos, plus an elusive leopard. The point where our guide told us that the leopard must have been watching us, as it had moved the kill we'd found just before and after we found it there was quite an eye opener! Everyone who gets to Africa needs to do something like this, without question. 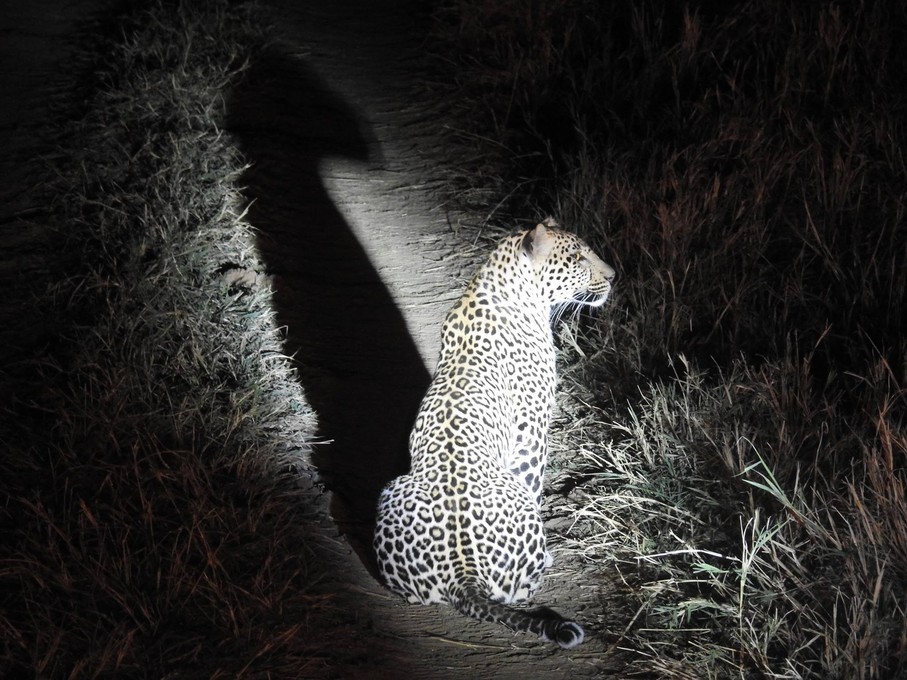 On our dusk/night safari, we were driving slowly along a ridge-line and our guide had his hand torch out, scanning the bush for eyes. I remember looking up at the stunning Milky Way and thinking "I'm in an open-topped vehicle, at night time, in the South African bush, looking for leopards. This is actually happening." After laughing out loud, I looked over at my girlfriend to find she'd had the same realisation. That wide grin on both of our faces and that shared moment will always be with us.

And for me personally, it was seeing the rhino at the tented camp. These were the first rhino I'd ever seen to still have their complete horns, a fact that made me both incredibly sad and happy. Every rhino in my history until that point had been in a zoo or on TV, and all had had their horns removed, either by concerned keepers or while dead after poachers had gotten to them. Tracking them down on foot, relying on the skills & experience of our guide, and then catching that first glimpse of a complete rhino mother and her baby was just incredible. 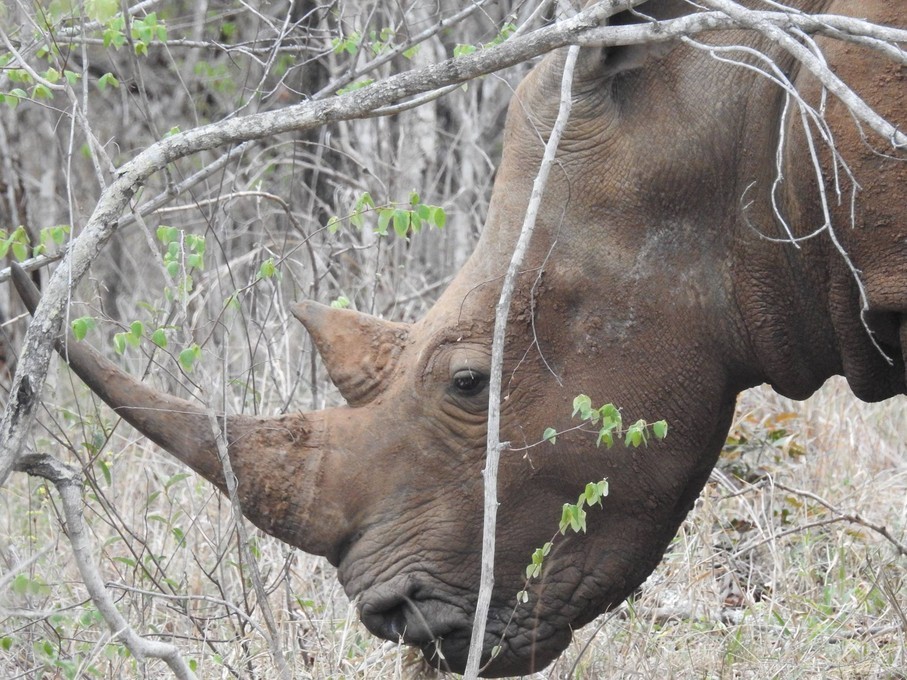 But all that's inadequate to describe everything we did. If you think it's going to be one of the coolest things you've ever done, then you'll be proven wrong. It's that, and so much more.

We tracked leopard and rhino on foot through the African bush, and we'll remember that forever. There aren't the right words to describe how fortunate we were, along with our gratitude to Simon at Wildiaries, African Wildlife Safaris, the staff and guests at Makutsi Safari Springs, and everyone that helped us along the way. 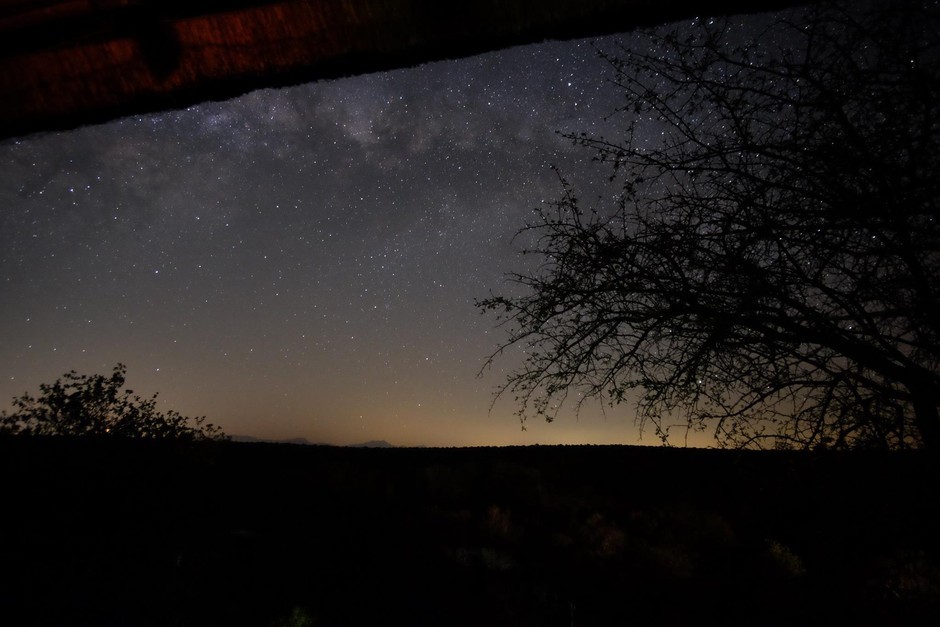