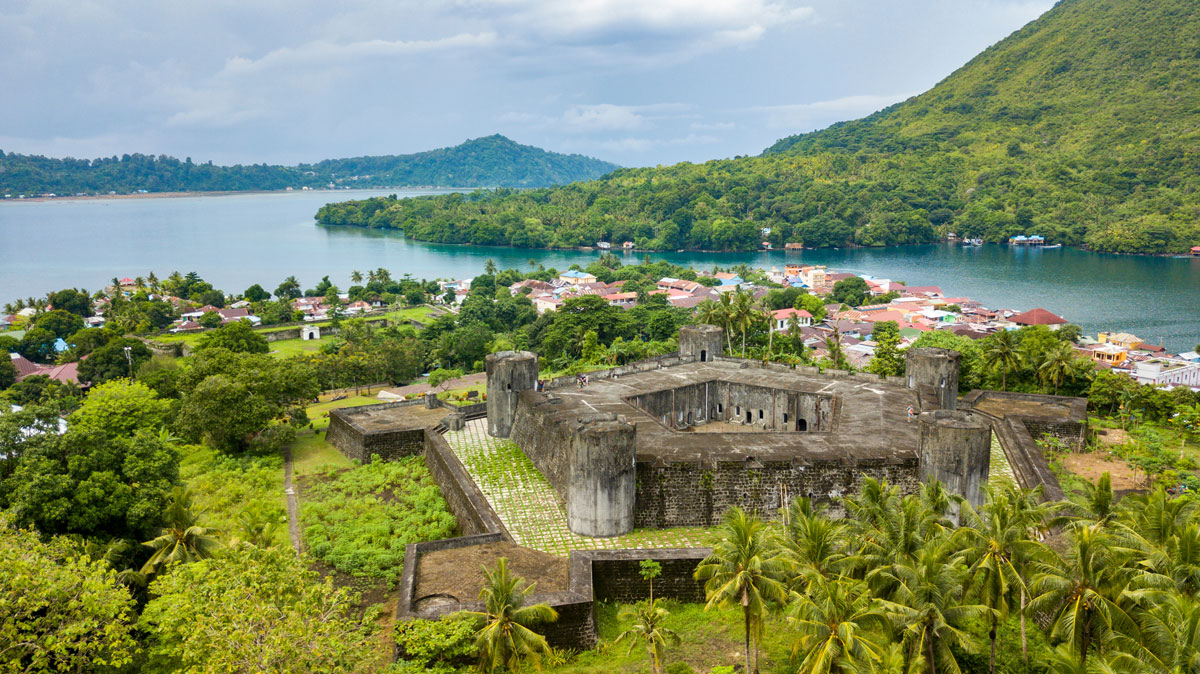 EVEN if you don’t know it yet, chances are the Spice Islands are deeply embedded in your culture. Anyone who’s ever been to a pirate party or watched Pirates of the Caribbean will have heard of the East India Trade company. The Caribbean had nothing to do with it. That wasn’t until the British finally smuggled Nutmeg to Grenada in the early 1800s.

Banda Neira is situated just south of Ceram (or Seram) and is usually approached via the port of Ambon in Ceram's south west. It is about a one hour flight or a four-hour fast-ferry trip.

Until then, Banda Neira endured a bloody history with the Dutch, who fiercely defended the islands, building their empire on a spice worth more than gold. The pirate ships of old, Pinisi Schooners, still dot the horizon, smuggling tourists to this far flung colony. 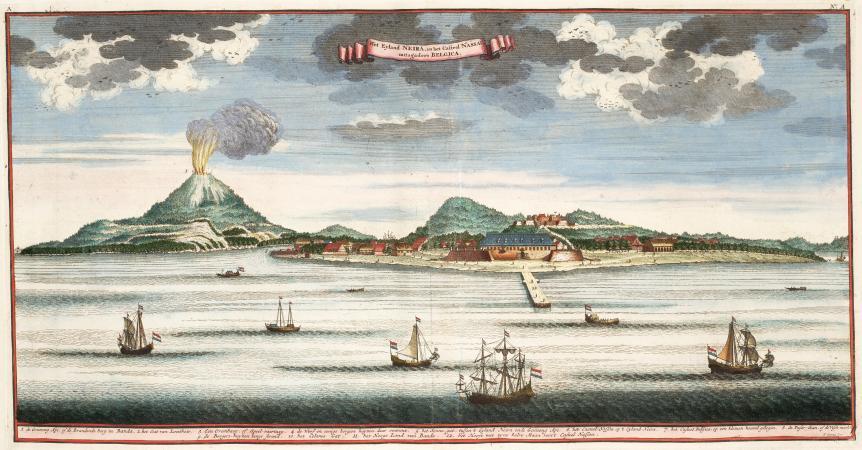 These days the ‘forgotten islands’ are just that, forgotten by hollywood and forgotten by America (these islands were traded to the Dutch by the British for New York in the 1600s). Yet they are closer to the port of Darwin (Australia) than they are to Indonesia’s capital Jakarta. 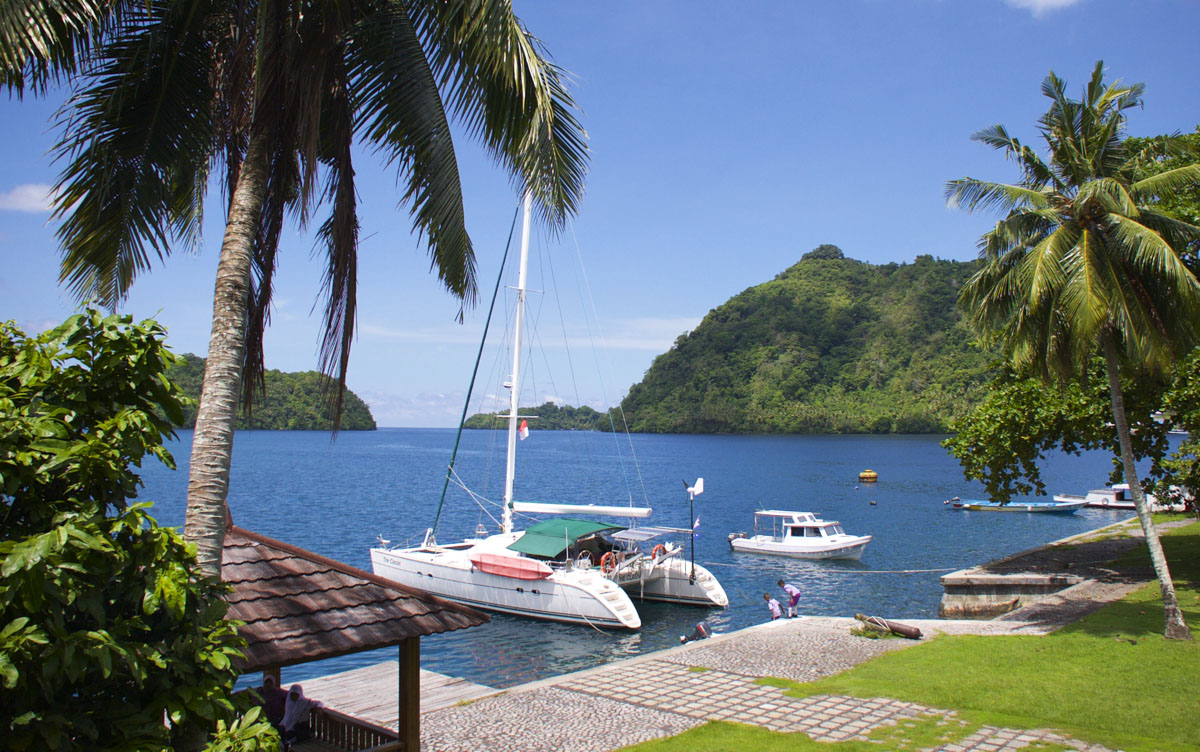 Yachts moored in the marina at Banda Neira

What will impress you as you explore, is the beauty and sophistication of these islands. Dutch colonial architecture, fortresses, mountains, spice plantations, beautiful coral reefs and beaches ... it’s no wonder it’s sometimes referred to as the Caribbean of Indonesia.

These days, the islands are known by just 2,000 discerning travellers every year, who would describe them as one of the most beautiful places on Earth.

Banda Naira and the surrounding islands are fortunate to have inherited these Amazing 15th century colonial buildings left by the Portuguese,  the Dutch and the British. The Portuguese in 1529 previously built gigantic forts called Fort Nassau which later taken over by the Dutch, and there is also Sun Tian Kong temple built by the Chinese. The Arabs had also inherited their 100 year old mosque in one of the villages of Neira (in Kampung Baru village).

Rhun is the first island that was colonized by the British (1599). Whilst the rest of the Banda islands belonged to the Dutch, including Rhun’s neighbouring island, Ay. Nailka is a sand dune connected with Rhun island without and population. It has a defence fort in the swamp (in the middle of the sand dune). In 1667, the British and the Dutch signed the Treaty of Breda, which traded Rhun Island and Manhattan (New Amsterdam). 2018 is 350 years since the signing of the Treaty of Breda.

The Banda Islands are the original nutmeg producer which attracted the Arabs, Chinese and European traders in the 15th century. Banda Besar is the biggest island in Banda, therefore has the most nutmeg plantation. During the Dutch period, there were already 38 nutmeg plantation and until today those plantations still exist, run and owned by local people (most are descendent of Dutch plantation workers) . 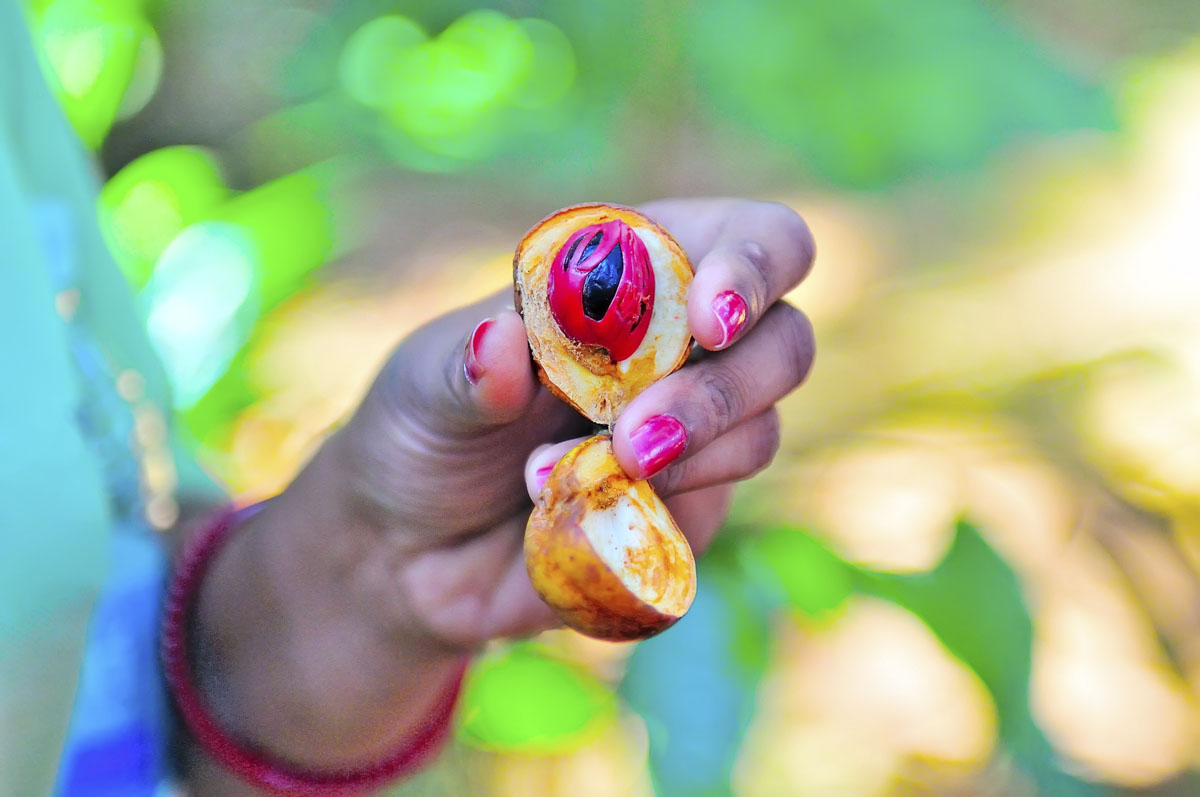 In these 300 years old nutmeg plantation you will be able to see the oldest pohon kanari (tropical almond tree) and Walor (indigenous pigeons) which both plays important roles in the well being of the nutmeg trees.

This sleeping volcano is about 666 meters above sea levels. The last eruption was in 8th of May 1988. For those who love climbing adventures, you can walk to the summit. On a clear day, there is great reward once you reached the top, the 360 degree view of the Banda islands. 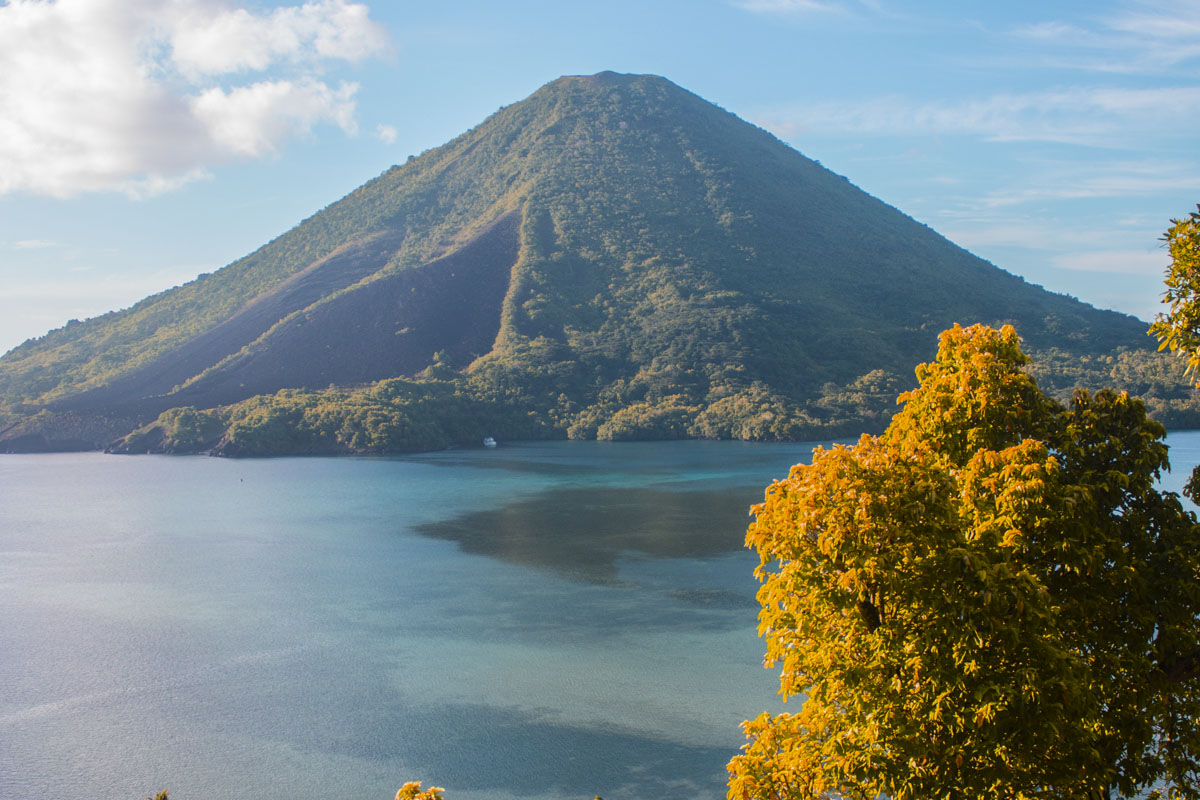 There are some very specific seasons to visit Banda Neira, owing to sea and wind conditions. Outside these times, it can be difficult to visit neighbouring islands and it is harder to arrange transportation to the islands.

Getting there and away

Getting to Banda Neira requires that you fly to Ambon, which you reach direct from Denpasar, Jakarta or other regional hubs. From Ambon there are seasonal options, either a flight to Banda Neira, or a ferry. Note, flights to Banda Neira can’t be booked online. These are part of the price and we will arrange that for you.