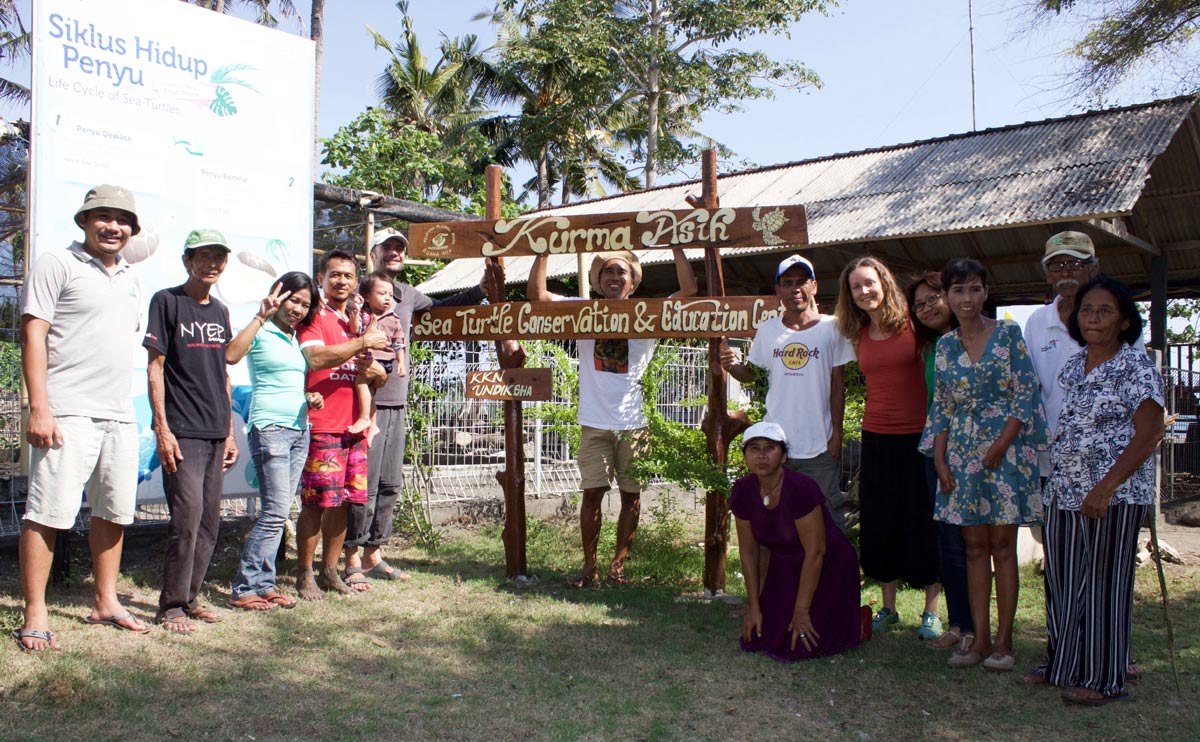 Hanggar meets us with a warm smile and we know we are in good hands. His English is very good and he communicates a passion for conservation as he explains the itinerary for the day and we set off.

Being on first name terms with the local people, he’s treated like a family member. We can ask many questions and feel like we’re in the heart of a real community for conservation. Everywhere there are good news stories to be told by the local people who are happy to have our contribution and interest.

West from Denpasar along the coast road the landscape changes. We leave the well-trodden tourist path of Ubud and Sanur behind and start to get a sense of the real Bali. Lush green rice fields meet the blue of the ocean and it feels timeless and enchanting.

We are visiting Perancak (pronounced ‘Per-an-chak’) to spend the day with an eco-conservation team headed by our host, Hanggar Prasetio, a Balinese conservationist.

We begin the day with a a walk through a mangrove plantation and learn about this delicate ecosystem.

In the 1980s, mangroves here were destroyed to build ponds for fish and shrimp farming but without the natural filtration and protection from coastal vegetation, pesticide run off killed the farms and they were abandoned 15 years later. 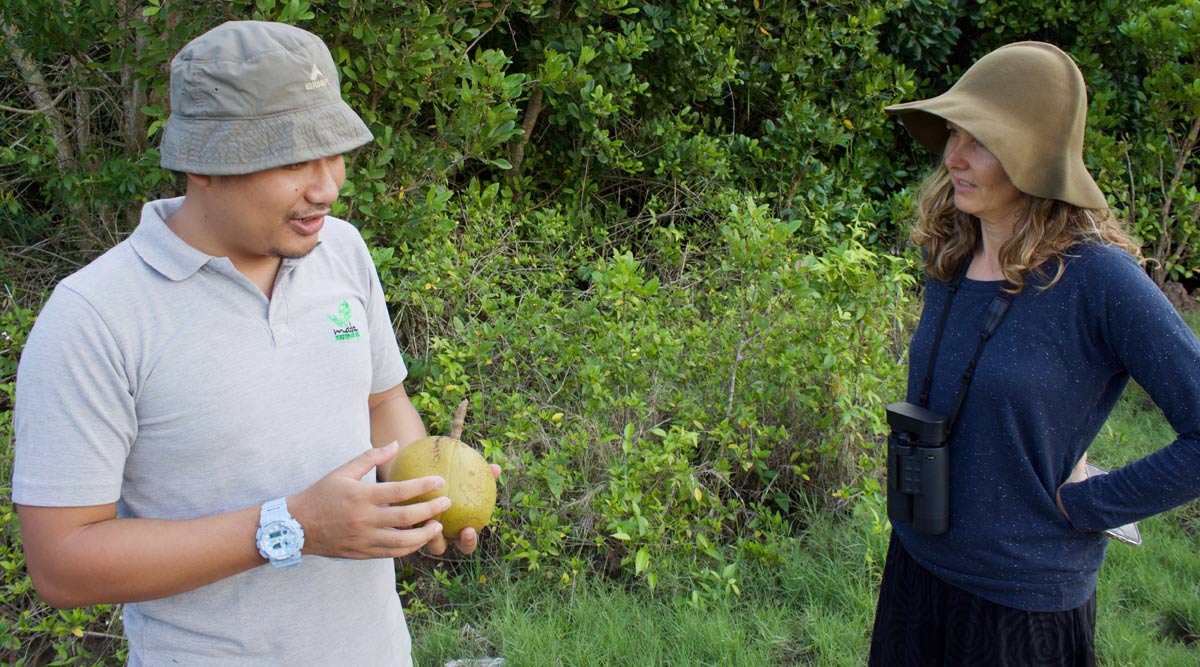 By the turn of the last century there was global recognition of the importance of mangroves and in 2004 the replantation project began, with a focus on replenishing stocks of fish and mud crabs - both importance components of the ecosystem’s ecology and a source of economic value for local people.

Today nineteen species of mangrove have been rehabilitated including one species that has self-populated. The local community play their part on the restoration journey.

Remarkably, the nearby Institute for Marine Research and Observation, has the largest research satellite in Indonesia. Old meets new as locals, practicing traditional farming and fishing, are presented data on mangrove regrowth, to see the positive effect of their rehabilitation work. The centre also regulates and monitors fishing in Indonesian waters.

Habitat restoration, wildlife protection and traditional living - even sensitively-designed tourism - all play a role in maintaining a sustainable economy.

We get education in local plant life and how natural remedies were traditionally used. Local women from the village are collecting plastic to sell and be recycled into furniture and other items.

Refreshing morning tea is served with a local family and we’re introduced to a local mud crab fisherman and his family, who show us how they live and work the land, while conserving the natural resources for future generations. Regulations are set by locals working with conservation regulations according to a traditional Bali style of government, allowing people to preserve their own fragile ecosystems while making a living.

Hanggar interprets for us with the local farmers. We learn the traditional way crabs are caught using handmade ‘Bubu’ and that Mud crabs must be released if they weigh under 200 grams, so their population structure remains intact and don’t get overfished. After tea we spend an hour getting hands-on with the release of the crabs into the mangroves (an exercise that kids just love!)

The third exciting installment of the day is our visit to the Kurma Asih Sea Turtle Conservation and Education Centre. Kurma Asih is the good news story that touched our hearts as we learned of the history and relationship local people have with the native Olive Ridley Sea Turtle. Our guide, Komang, produced a picture of his father hunting and capturing turtles for their meat, a scene that is thankfully long gone. 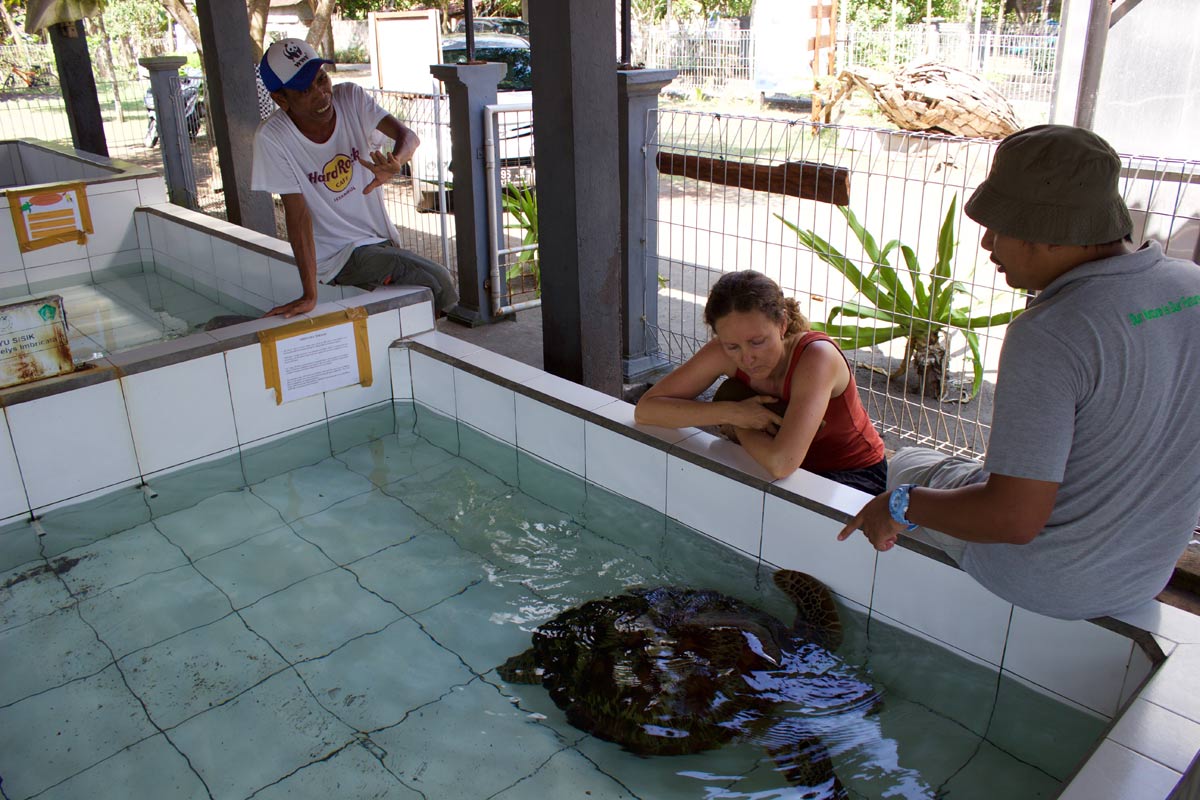 Komang explained that by 1997 turtles had been absent for nearly 37 years then a lone turtle came to nest on their beach and it was from that moment Kurma Asih meaning ‘sea turtle lovers’ was founded.

Fast forward to today and at any one time throughout the laying season, April to September, the Centre manages more than 300 nests of Olive Ridley turtles. Eighty percent are released on hatching, with twenty percent being held in pools for education and research before release. Guests can see turtles in the rehabilitation pools year-round but the hatchlings are only present from about May- October.

For a donation you can ‘adopt’ a nest program and will receive a progress report about your hatchlings. 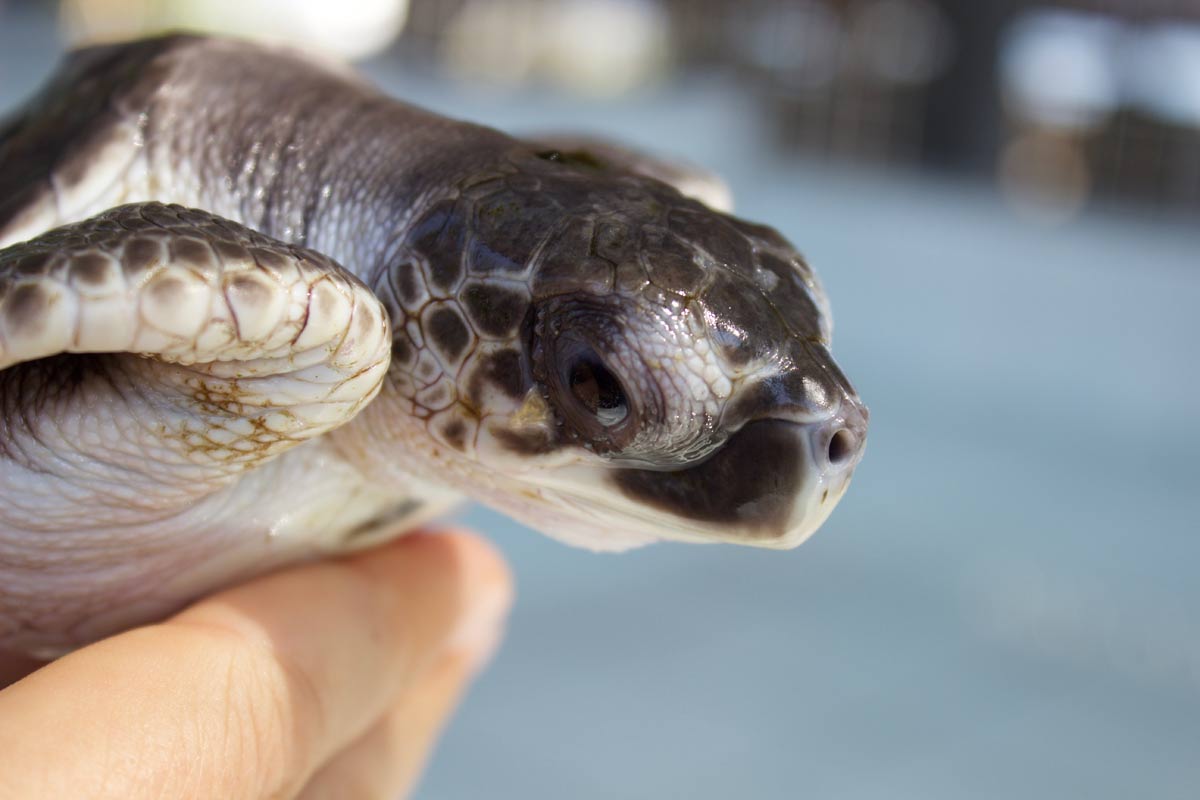 The final stop of the day was our Perancak Bay and river cruise and a chance to enjoy the traditional wooden fishing boats called Madurese before they set out for a night fishing. A 45 minute boat trip departing from Perancak Bay and cruising up stream into the Mangrove plantation offered a glimpse of river life from the water and close views of some spectacular wildlife including kingfishers and large monitor lizards.

Our day ends at Perancak Bay as the fisherman head out for the night and the sun sets lower in the sky. It’s been a fantastic day out.