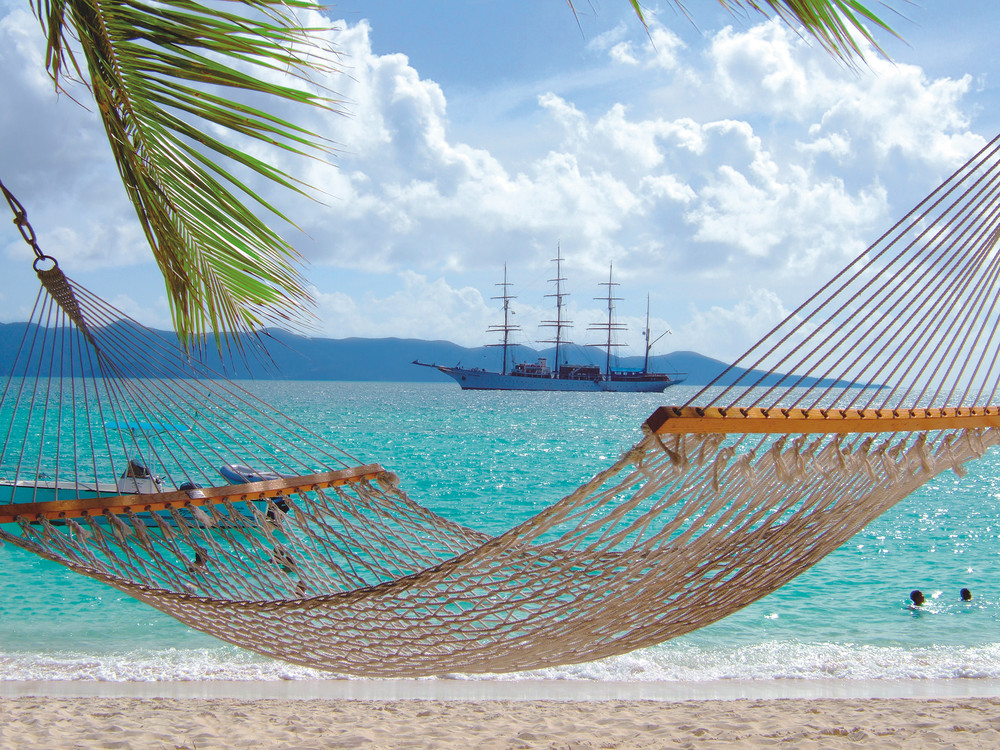 Built by Wall Street millionaires in the 1930s, SeaCloud celebrates its 90th birthday next year. SeaCloud II was built more recently with all the style of the original ship but the technical features of a modern ship. SeaCloud offer a range of departures from port-to-port journeys in the Caribbean and Mediterranean, to actual sailing adventures across the Atlantic ... something to suit anyone. Contact us now for advice on these incredibly beautiful and unique departures.

Luxurious family yacht, floating diplomatic palace, war vessel in the service of the U.S. Navy –the vita of the Sea Cloud is more fascinating to read than many novels. In 1931, the Wall Street broker Edward Francis Hutton had the legendary windjammer built in Kiel calling her “Hussar”.

But it was his wife, the extravagant Marjorie Merriweather Post, who gave the tall ship her distinctive character. She furnished the “Hussar” – at that time the largest private yacht in the world – with a sure sense of style and lovingly chosen antiques. At least nine months of the year, the Huttons spent at sea and headed for the most exotic destinations.

A new life under a new name

But their life in the lap of luxury soon became clouded: In 1935, the affluent couple got divorced, and Ed Hutton signed the “Hussar” over to his ex- wife. She had the previously black hull painted white and also gave her yacht a new name: The “Hussar” became the Sea Cloud. And before the end of that year, Marjorie got married to her old friend Joseph E. Davies. Henceforth, the attractive socialite moved not only in the circles of economic magnates but also became familiar with the world of politics and diplomacy. When Davies took on the position of U.S. ambassador in Moscow in 1937, the Sea Cloud was ordered to Leningrad as a floating (and bug-proof) diplomatic palace. 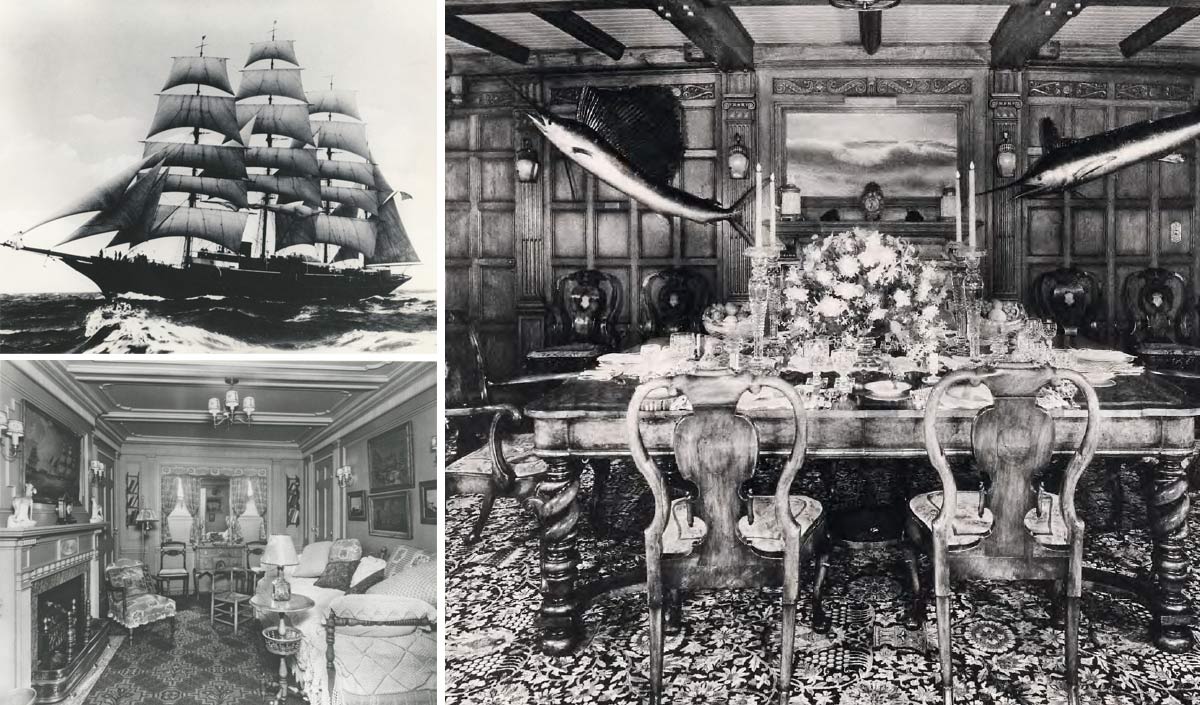 Marjorie excelled at socialising within the diplomatic scene. Besides the Soviet notables, several crowned heads, among others from the Swedish and Belgian royal dynasties, happily accepted her invitations on board. But when Davies was appoint- ed U.S. ambassador in Belgium in June 1938, the Sea Cloud had to bid the USSR farewell.

Few guests only are aware of the significance of the small plaque that is affixed to the face side of the wheel house: Each of the five brass angles indicates six months of active war service for the USA. After the U.S. entered the war in 1941, the Navy began to acquire private yachts to reinforce the fleet; and Marjorie and Joe Davies committed the Sea Cloud to the Coast Guard for the symbolic charter of one dollar – opinions differ whether this was from a patriotic sense of duty or due to economic necessity. With demounted masts and a grey coat of paint, the erstwhile proud luxury yacht cruised between the Azores and Greenland as a floating weather station.

Back to new Splendour

Only in 1949, four years after the end of the war, the windjammer – freshly painted white again – received an entire set of new sails. When the Sea Cloud first appeared on the horizon under full sail, Joe said to Marjorie: “Well, dear, there goes your baby.” But meanwhile, someone else also coveted Marjorie’s baby: Rafael Leónidas Trujillo Molina, dictator of the Dominican Republic. 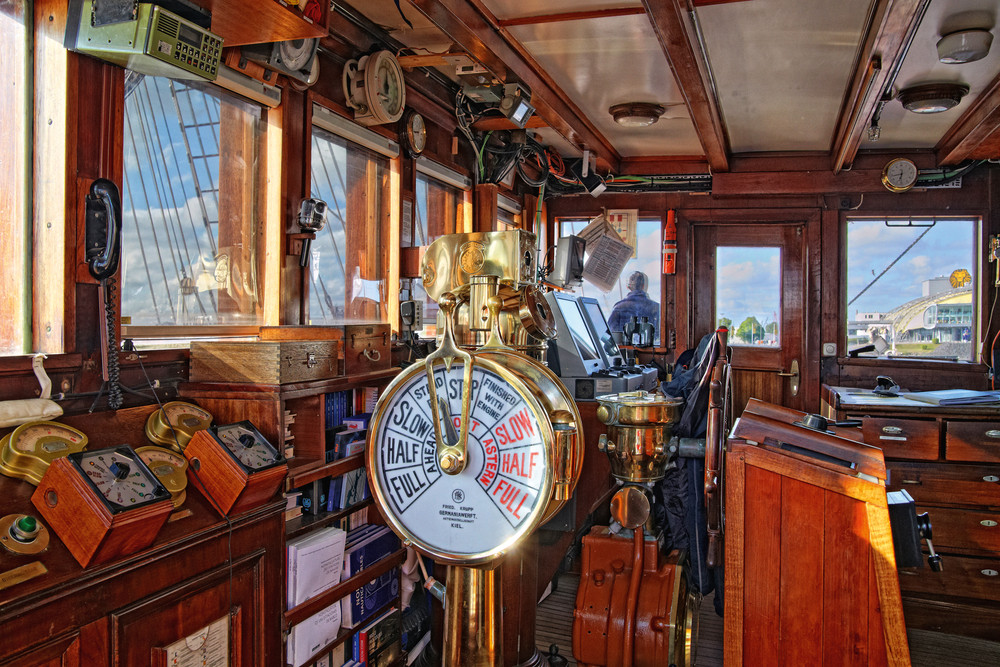 In 1955, Trujillo bought the ship and renamed it “Angelita”. Mostly, his son Ramfis used the presidential yacht – for parties with Hollywood stars like Zsa Zsa Gabor and Joan Collins.

When Trujillo was shot dead on 30 May, 1961, a revolution unsettled his country. Carrying the dead body, part of the Trujillo clan and enormous amounts of cash, the “Angelita” set sail for Cannes. But the new government forced the crew to turn around: The expensive heirloom was renamed “Patria” and put up for sale again.

Five years later, the Operation Sea Cruises Inc. under John Blue bought the ship. However, when the “Antarna” – that was the yacht’s new name – entered the U.S.

on the return journey from Naples, there was trouble with the authorities, and the “Antarna” was impounded. 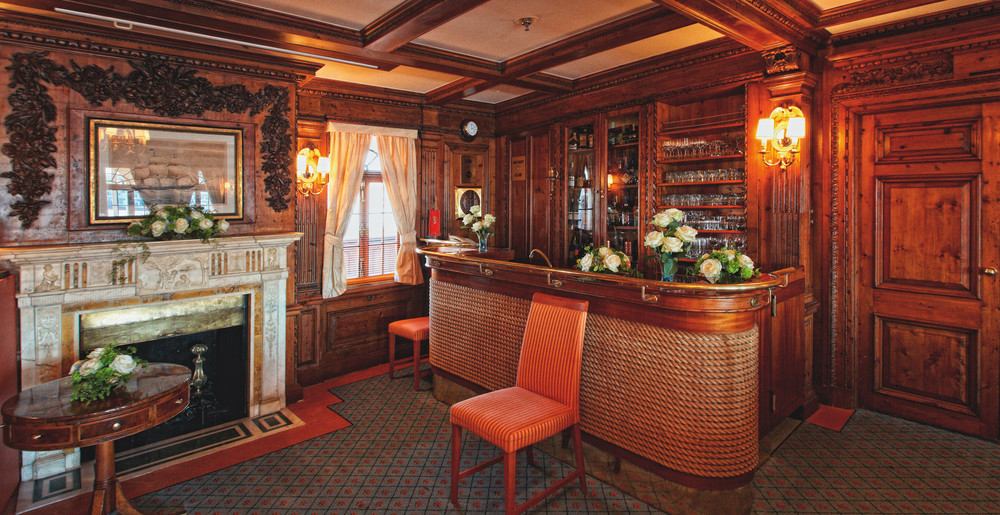 This was when Stephanie Gallagher appeared on the scene: At just 26 years of age, she was obsessed with the idea of an “Oceanic School” and academic learning at sea. Although “Oceanics” settled all unpaid invoices, John Blue retained the ship’s papers. Stephanie Gallagher set sail nevertheless – and was now chased as a

“pirate”. In Panama, Blue finally came on board accompanied by attorneys and the police. Stephanie Gallagher had no choice but to give up.

For eight years, the “Antarna” was berthed unprotected in the port of Colón and exposed to the damp climate. But she was not forgotten by the enthusiasts for proud sailing ships. One such aficionado was the German Hartmut Paschburg, sea captain and economist. Together with a group of merchants from Hamburg,

he purchased the luxury yacht – and gave her back her old name, Sea Cloud. But the hardest piece of work was yet to come: Captain Paschburg had to bring the yacht home across the Atlantic. In 1978, he gathered 40 men and women and together, they made the dilapidated yacht seaworthy again, then sailing her back to Hamburg. The Howaldtswerke-Deutsche Werft AG in Kiel carried out the extensive overhauling and alteration work; and eight months later in 1979, the Sea Cloud, now reflagged, went on her first cruise. Since her latest refurbishment in 2011, the windjammer not only conforms to the up-to-date SOLAS regulations (Safety Of Life At Sea) but shines in new splendour – as timelessly elegant as ever. 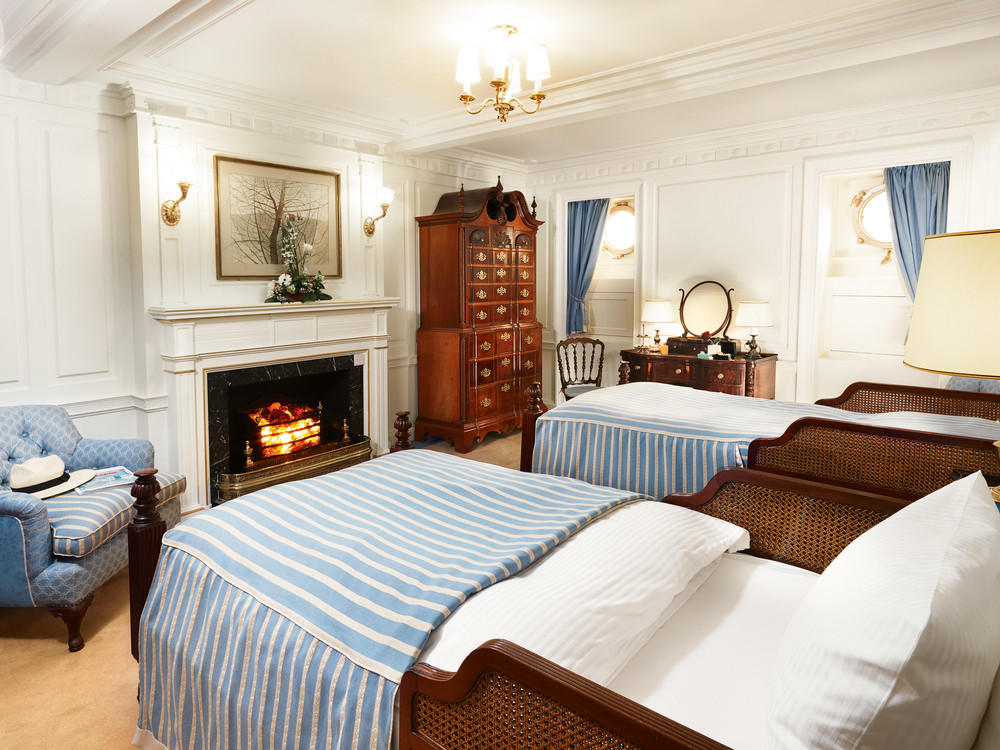